Words often fall short to praise our soldiers who risk their lives to safeguard the entire nation. Not only is their selfless love for the country praiseworthy but the way they go out of their way to help the common man time and again, never fails to wins hearts.

In one such kind gesture, a CRPF jawan, Iqbal Singh is being applauded for feeding a hungry disabled boy in Kashmir. 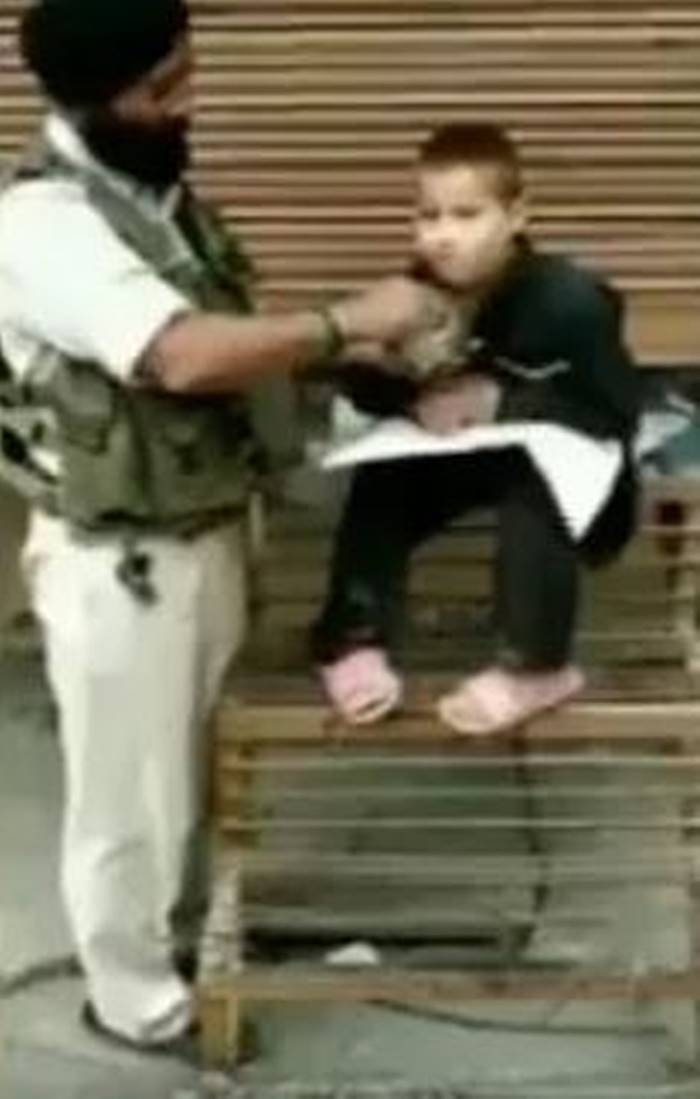 “I was having my lunch in Nawakadal area of Srinagar around 12.30 p.m. on Monday when I saw the boy aged around 10 years sitting in front of a closed shop and signaling me for food. I walked towards the boy and offered my lunch box to him,” narrated Iqbal.

But later he realized that his hands were paralytic and he was unable to eat by himself. “I then put a sheet on the boy’s lap and fed him rice and ‘chana dal’ (gram pulse),” he said.

The video of Iqbal feeding the child has been shared by the official handle of CRPF. “Humanity is the mother of all religions. HC Driver Iqbal Singh of 49 Bn Srinagar Sector CRPF deployed on LO duty feeds a paralyzed Kashmiri kid in Nawakadal area of Srinagar. In the end, asks him ‘Do you need water?’ Valour and compassion are two sides of the same coin,” they wrote.

"Humanity is the mother of all religions"

HC Driver Iqbal Singh of 49 Bn Srinagar Sector CRPF deployed on LO duty feeds a paralysed Kashmiri kid in Nawakadal area of Srinagar. In the end, asks him "Do you need water?"

"Valour and compassion are two sides of the same coin" pic.twitter.com/zYQ60ZPYjJ

The video went viral in no time with people from all over the country heaping praise on the CRPF jawan for his kind and thoughtful act.

Armed forces operating in Kashmir are often tarred with the same brush. But that generalisation can sometimes be grossly unfair. Salute this man’s sense of compassion & humanity. https://t.co/qou4Mk5NBj

Iqbal Singh is reportedly one of the drivers of the CRPF convoy that was attacked by Jaish-e-Mohammad terrorist at Pulwama in February. He also played a crucial role in saving the lives of injured soldiers in the attack.

Iqbal Singh was driving one of the vehicles in the CRPF convoy attacked on Feb 14 by a suicide bomber. He lost 40 colleagues but he hasn’t lost his sense of compassion. Feeding a disabled boy in Srinagar like his own kid. This is true love to mankind pic.twitter.com/opLj4WkqJR

Meet @crpfindia Havaldar Driver Iqbal Singh of the 49th bn of CRPF. His video below from Kashmir went viral yesterday while feeding a Kashmiri kid. Inadvertently it was miscommunicated earlier that he was from J&K Police. Salute his spirit, dedication and empathy! Kudos! https://t.co/VLcQxUZE3D pic.twitter.com/7RTB82vZzR

Once a hero, always a hero! And Iqbal Singh certainly proves the saying right. He definitely deserves all the love and acclaim that he is receiving!

Kudos to you sir!