Back in 2018, beauty queen, Urvashi Rautela was rumored to be dating Indian cricketer Rishabh Pant. The duo has been seen together on various occasions which confirmed their relationship to many. 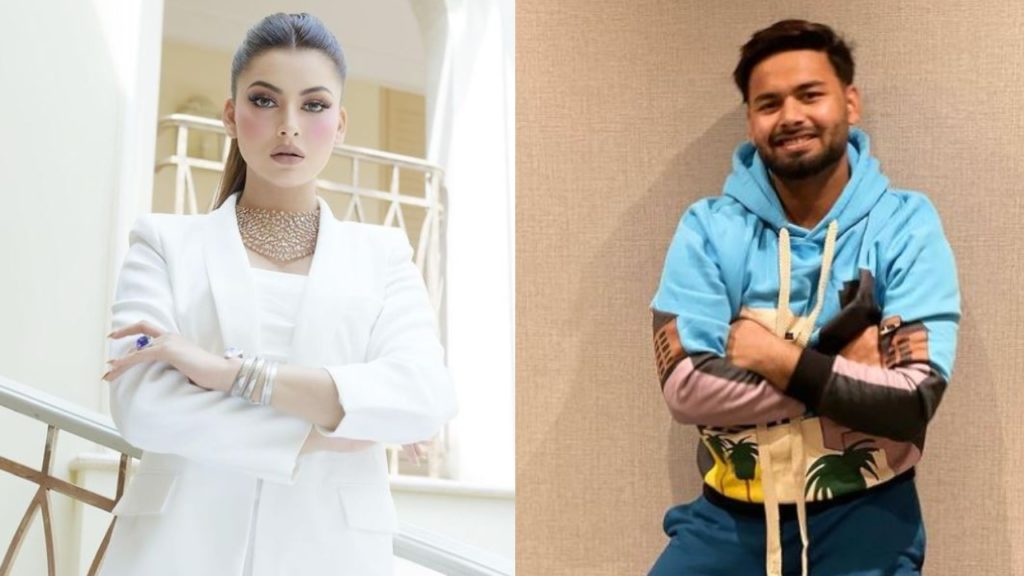 However, their bonding went down the drain when Pant denied Urvashi’s claims of their dating and blocked her on social media.

Well, the celebrities have sparked controversy, yet again. In a recent interview given to an entertainment portal, the ‘Virgin Bhanupriya’ actor claimed that a person she referred to as ‘RP’ once waited for her for hours in a hotel lobby while she was getting ready for a show in her room.

“When I came from Varanasi to New Delhi. So Mr. RP came and he was waiting in the lobby and wanted to meet. Ten hours passed and I fell asleep. I couldn’t attend any calls and when I woke up I saw 16-17 missed calls and I felt so bad that someone was waiting for me and I couldn’t meet them. So out of respect, I told him we’ll meet when you come to Mumbai. We met in Mumbai but a huge drama happened with the paps and all.”

Even though the actor denied taking any names, people, including Rishab Pant thought she was talking about him. That is when the cricketer posted a cryptic note on his Instagram stories only to delete it later. This is what he posted:

“It’s funny how people lie in interviews just for some meagre popularity and for hitting the headlines. Sad how some people are thirsty for fame and name. May God bless them. #MeraPichaChhoroBehen #JhuthKiBhiLimitHotiHai” 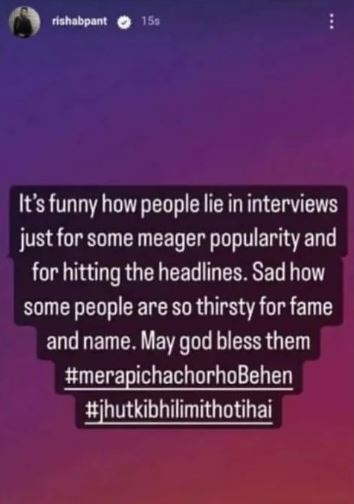 Pant’s now-deleted post got the worse of Rautela who then took to Instagram and penned a note for her ‘RP Chotu Bhaiya’.

Their social media banter got everyone talking. People online also gave it the meme treatment.

Urvashi: "Mr. RP was waiting for me"

Mr. RP waited for 12 hours to meet me: Urvashi Rautela.

Mr. RP – I don't even wait for 3 balls to settle and smash the bowlers in test.😎😂#RishabhPant #UrvashiRautela pic.twitter.com/mpEnAoQGgg

We hope their banter ends soon. But we’re also here for the memes. #NoHarshFeelings