By now, most of you would be aware of the ‘Baba Ka Dhaba’ controversy. If you aren’t, let me refresh your memory.

Back in 2020, people and celebs alike came in support of an elderly couple who owned a small eatery named ‘Baba Ka Dhaba’ in Delhi after a video of their teary plea went viral on social media. Their video was shot and shared by YouTuber Gaurav Wasan.

#बाबाकाढाबा #dilliwalon #dil #dikhao. Whoever eats here, sends me pic, I shall put up a sweet message with your pics ! ♥️ #supportlocalbusiness #localvendors https://t.co/5DH73wz3SD

However, soon after getting some attention, the Dhaba owner Kanta Prasad filed a complaint against Gaurav for allegedly misappropriating funds that were raised to help him and his wife Badami Devi. This sparked a massive controversy.

But now, Kanta Prasad has put an end to it and shared an apology. In a video that is now circulating online, he is seen apologizing to Gaurav with folded hands. He said that he didn’t accuse Gaurav of misappropriating funds and theft, but it was just a misunderstanding. Prasad earlier said that people were jealous of him and that he has received death threats.

This comes after the couple returned back to their old outlet after their restaurant shut down in February at New Delhi’s Malviya Nagar.

This is how people reacted to his apology: 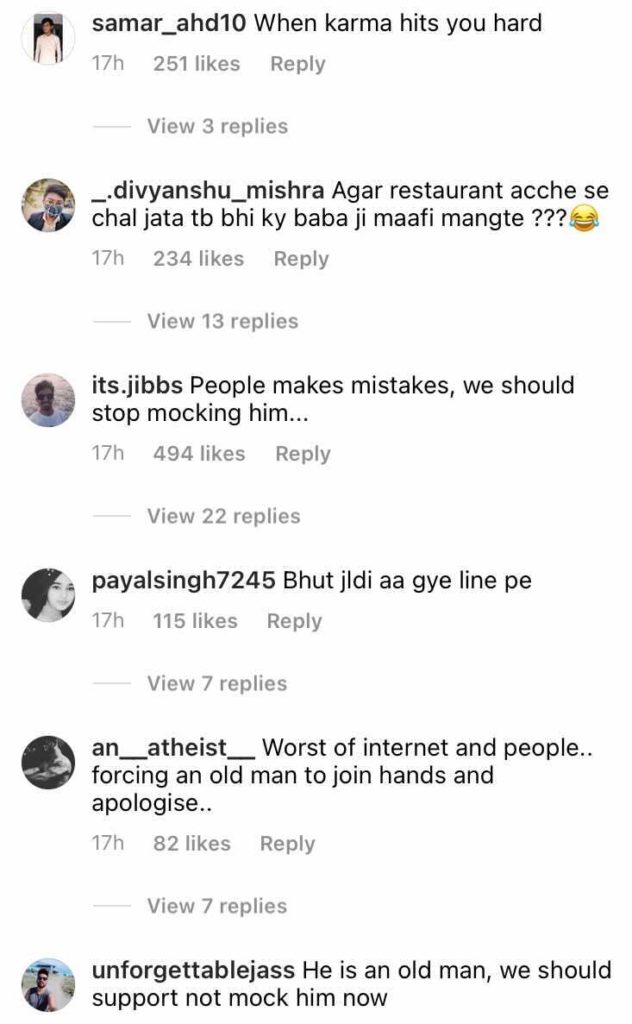 What do you think of his apology?