The air quality in most states in northern India has suffered immensely after Diwali. It is no news anymore that Delhi, Haryana, Punjab, and UP are facing unbreathable circumstances and most people have resorted to wearing masks to protect themselves from toxic smog. Reports reveal that Varanasi’s AQI dropped to 500 this week.

However, it seems like not just people, but even the gods need protection from the harmful air conditions. According to a report by The New Indian Express, faces of the idols of a temple in Varanasi have been covered with masks to keep them safe from the pollution. 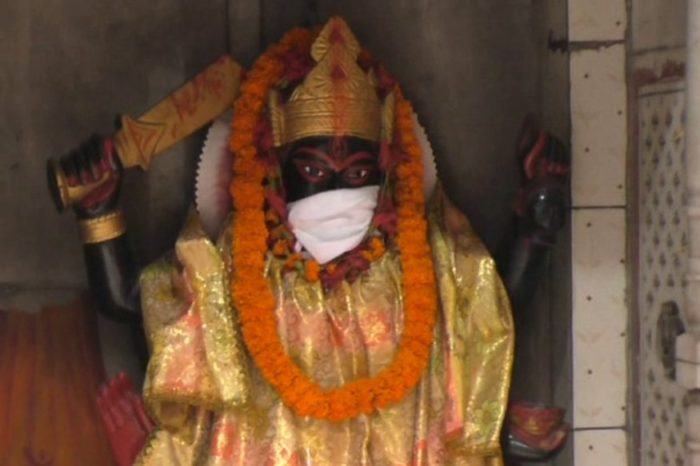 The incident has taken place in the famous Shiv-Parvati temple in the Sigra area of Varanasi. Idols of Shiva, Durga, Kali, and Sai Baba have been covered with anti-pollution masks.

Speaking to sources, Harish Mishra, the priest of the temple said, “Varanasi is a place of belief. We treat our idols as living deities and take pains to make them happy and comfortable.” 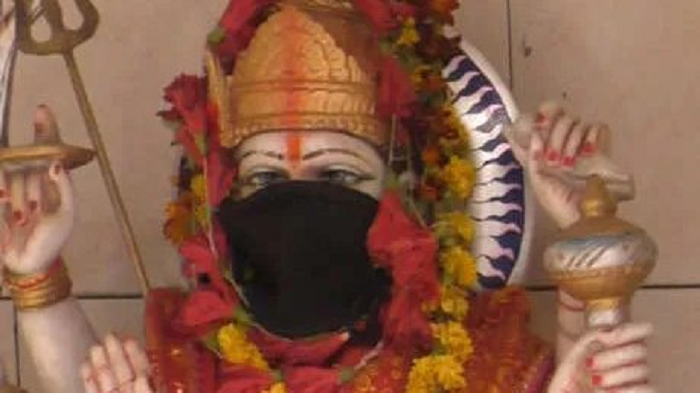 “In summer, the idols are slathered with sandalwood paste to keep them cool and in winter, we cover them in woollens. Likewise, to save them from pollution, we have put masks on their faces,” he added.

The priest also claimed that influenced by the gods, many locals began to wear anti-pollution masks.

While people can come up with some bizarre ideas in the name of religion, we cannot ignore the fact that the condition of air in most northern states has become hazardous. People have taken on the internet to express their difficulty in leading a normal, healthy life as their cities turn into gas chambers. If this isn’t a wakeup call for citizens, I don’t know what is.