Artist Teaches How To Compose Tony Kakkar Song In 2 Minutes, The Singer Responds

It’s been almost a decade that Indian singer Tony Kakkar has been in the music industry and had given us hit songs like ‘Dheeme Dheeme’, ‘Coca Cola Tu’ among others.

However, there have been times when he has been accused of copying other global artists like the band ‘Blackpink’ in his video ‘Booty Shake’.

Even though he is often criticized for coming up with lyrics that sometimes make no sense, the musician and singer takes the fault-finding with a pinch of salt.

Recently, an artist who goes by the name ‘sanatanmusic_’ on Instagram took a jibe at Kakkar by coming up with a visual tutorial of ‘how to make a Tony Kakkar song in just two minutes’.

In the video, the guy is seen giving a step-by-step guide on how to create a song in typical Tony style. “Step 1: Add any type of guitar. Bas yaad rakho guitar chahiye, aur kuch mat le aana.”

Step 2 is to add lead on the same pattern. Step 3 is to play piano as if someone is banging utensils, use auto-tune extensively, add Tony’s favorite beat and then think of any type of girl. Here, this guy has decided to make a song about ‘papa ki pari’.

Listen to this masterpiece here:

Since his video was shared extensively online, it came to the notice of Tony Kakkar who left a hilarious comment on it. He wrote:

This is how others reacted to his video: 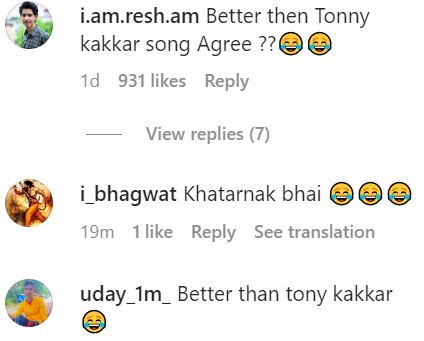 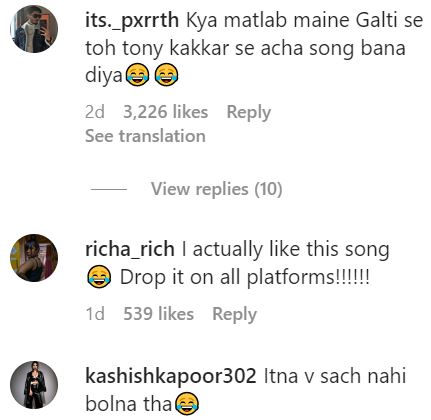 I think this artist did a great job with the song. Do you also think he did it better than Tony?