There have been numerous instances where artists from the Indian entertainment industry have been accused of copying international songs, movies, and scenes. For example, a song from the Ranbir Kapoor starrer ‘Besharam’ carbon-copied the tune of ‘Bella Ciao’. Even the Nora Fatehi starrer song ‘Pachtaoge’ was accused to be a copy of Beyonce’s Mine’.

The background setup and costumes from ‘Booty Shake’ are strikingly similar to those of ‘Ice Cream’. Take for example these two scenes:

This is a scene from ‘Booty Shake’. 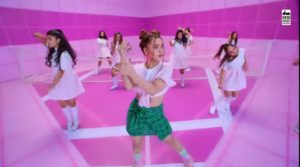 And this is from ‘Ice Cream’.

From the women’s costumes to the angular wall in the background, the tennis net to the pink and white colour scheme – the similarities cannot be missed.

There’s another scene in ‘Booty Shake’ which is accused to be a copy of a scene from the song ‘Oh’ by Girl’s Generation: 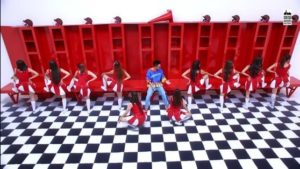 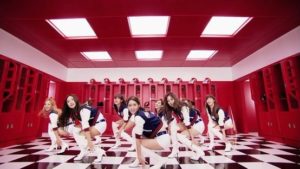 However, this isn’t the first time Tony Kakkar has been accused of copying K-Pop tracks. Earlier, scenes from his song ‘Shona Shona’ seemed like a copy of ‘Beware’ by I’zone and ‘Like A Movie’ by B1A4.

In fact, ‘Shona Shona’ can be called a blatant copy of ‘Like A Movie’:

New song of Tony Kakkar 'Booty Shake' is copied from Blackpink's 'Ice Cream'.
The whole freaking set is copied from Ice Cream.
Well can't he make a proper song which is not copied from k-pop?#blink #bootyshakeisashitsong

Lmaooo Tony Kakkar copied ice cream🤣🤣
Someone tell this man if he has got na talent for music, atleast he shouldn't go around copying others pic.twitter.com/2fB5VyXOFo

Did you see Tony Kakkar music video??? OMG. It was like listen to trash. Lyrics made no sense and at last copied bp Ice cream set.
Stop embarrassing us. Bruh

Its embarrassing for me as an Indian😔 India is known for great music like bollywood, much much better than this. Its super cringy when I hear it. We Indians have to suffer bcz of this……its like so disrespectful. I don’t even like his songs. Indian music is much better

There is nothing wrong with getting “inspired” by iconic artists and their work. But it is shameful when you copy their entire concept and don’t even give them credit.