Several people have unique talents that might not seem like a plausible career choice. However, they are still recognized globally for their expertise by Guinness World Record, a book listing world records of exceptional human achievements. Speaking of which, an individual from Delhi recently broke a world record for skipping!

Wondering what’s so special about something that many of us can do? Well, Zoravar Singh broke the Guinness World Record with 147 skips while wearing roller skates, reports News18. And, he did so in just thirty seconds! Setting a new world record, Singh now holds the title for most skips on roller/inline skates in 30 seconds. 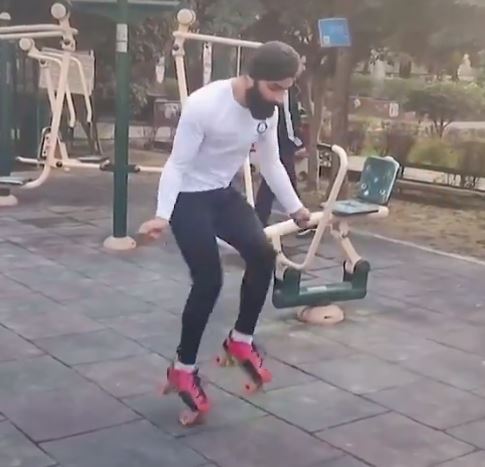 The almost impossible feat, that Singh achieved back in February 2020 has made everyone proud. According to the official Guinness World Records, Singh had competed as a discus thrower when he was just 13 years old. Unfortunately, he suffered a slipped disc while training and had to rest for several weeks.

Yet, within a week, he started skipping to maintain his physical fitness. As fate would have it, he got really interested in competitive jump rope. Eventually, he participated in the World Jump Rope Championships and met several athletes who had set world records of their own. Inspired, Singh started training for breaking the world record in jump rope.

Exhilarated on receiving his first World Record title, Singh said he will continue to train to break more world records. He added that there is no specific word that can describe the feeling of breaking a world record since it requires years of sacrifice, practice and hard work.

Well, kudos to the talented man. We wish him all the best for his future!