The Internet consistently keeps coming up with bizarre concepts that challenge people to do weird things such as rotating like a microwave plate or packing themselves in a vacuumed garbage bag. While some like ‘the skull breaker challenge‘ make people risk their life, others like ‘cereal challenge’ where people eat cereal from someone else’s mouth make people go eww! 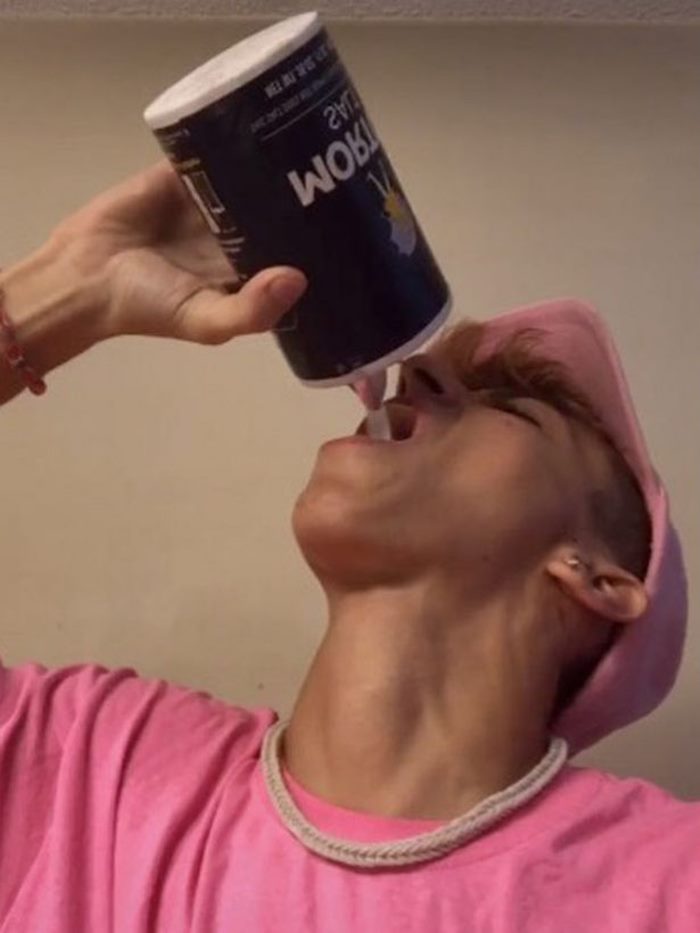 Doctors have, however, said that the challenge can have some deadly after-effects on the bodies of people performing it. Though most people are seen spitting the salt out in the videos, the unexpectedly high level of sodium that enters the body might cause swelling in the brain.

Just being professional at work. ? Should I try a cup of salt? ##notapro ##atwork ##salt ##saltchallenge ##foodchallenges ##yumm

Elaborating on the effects of the same, a UK based doctor Simran Deo told Mirror, “As a doctor I would strongly recommend that people do not participate in this activity. Eating too much salt is very bad for your health both immediately and in the long run.”

“In the short term, depending on how much you’ve ingested, eating too much salt can be poisonous. This is because it raises the sodium levels in our bodies, which can cause intense thirst, confusion, nausea and vomiting. In extreme cases it can also lead to seizures, a coma or can even be fatal – as the high levels of sodium cause the brain to swell up against the inside of the skull,” she added. Excessive intake of salt can also cause severe dehydration and people might also lose consciousness, the doctor said.

The ‘Salt Challenge’ is clearly neither exciting nor safe, and we suggest you to avoid such foolish challenges just for the sake of social media popularity.