There are many celebrities from the Hindi film industry who openly express their political views. Anupam Kher, Kangana Ranaut, Swara Bhaskar, and Naseeruddin Shah are some of them.

Then there are celebrities who nowadays have no comments to make about the politics in our country. Shahrukh Khan, Aamir Khan and Salman Khan top the chart. 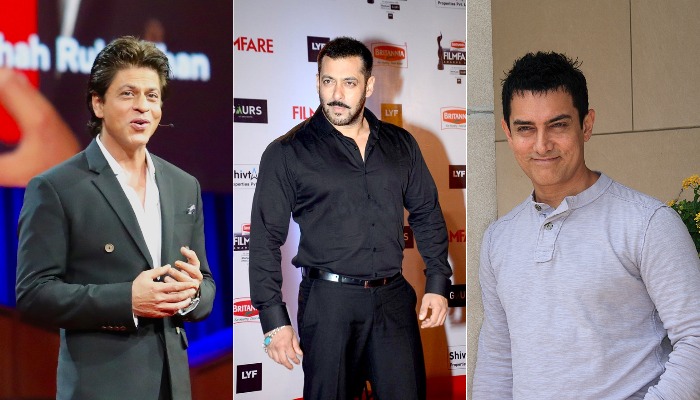 Naseeruddin Shah was recently asked why in an interview. While he couldn’t understand how the 3 Khans explain their silence to their conscience, he couldn’t help but admit that they have too much to lose.

The Indian Express quoted him saying:

“I cannot speak for them. I am not in the position they are in. I feel they think they would be risking too much. But then, I don’t know how they explain to their own conscience about it. But I think they are in a position where they have too much to lose.”

He went on to give the example of Shahrukh Khan’s son Aryan’s drugs-on-cruise case. In October, last year, Aryan Khan was arrested by the NCB who had alleged ‘purchase, distributing and consumption of drugs’. He was in Mumbai’s Arthur Road Jail for a good number of days and was later released on bail. Just a few days back, Aryan Khan was given a clean chit by the NCB in the drugs-on-cruise case.

“What happened to Shah Rukh Khan and the dignity with which he faced it was admirable. It was nothing but a witch-hunt. He has kept his mouth shut.  Sonu Sood gets raided. Anyone who makes any statement gets a response. Maybe I am next. I don’t know. (laughs) Though they won’t find anything.”

Do you agree with what Naseeruddin Shah has to say? Or do you think that people with power, influence, and a huge fan following must use their voice for what is important?