Aryan Khan Finally Walks Out Of Arthur Road Jail, A Look At 14 Conditions For His Bail

2 days ago, Aryan Khan was granted bail by the Bombay High Court after spending 3 weeks in Arthur Road Jail for the drugs-on-cruise case. However, there were a few procedures that were left to be completed before Aryan could walk out of jail and go back home.

In the latest update, Aryan Khan has finally been released from jail. Visuals captured him walking out of the gate and entering his car, which drove back to Mannat.

Mumbai | Aryan Khan arrives at his home 'Mannat' after being released from Arthur Road Jail pic.twitter.com/rgjaVLLDER

Yesterday, one of Shahrukh Khan’s closest on-screen actors and friends, Juhi Chawla, played a key role in the case. According to NDTV, she went to the Mumbai Sessions Court to stand ‘surety’ for Aryan Khan and sign his bail bond of Rs 1 lakh. This means that she would be legally responsible if at all Aryan Khan failed to pay the money.

Furthermore, the Bombay High Court has issued 14 conditions for Aryan Khan’s bail. According to the order, he has to submit a personal bond of Rs 1 lakh and surrender his passport. He cannot leave the country without prior permission from the Special Judge or the NDPS in Mumbai.

Aryan Khan also cannot communicate with any of the co-accused, Arbaaz Merchant and Munmun Dhamecha, or any other person who is directly/indirectly involved in “similar activities”.

He is also to visit the NCB office every Friday, attend all dates in Court, and join the investigation whenever called upon. If he fails to meet any of the conditions, the NCB can apply for the cancellation of his bail.

Have a look at the detailed conditions here: 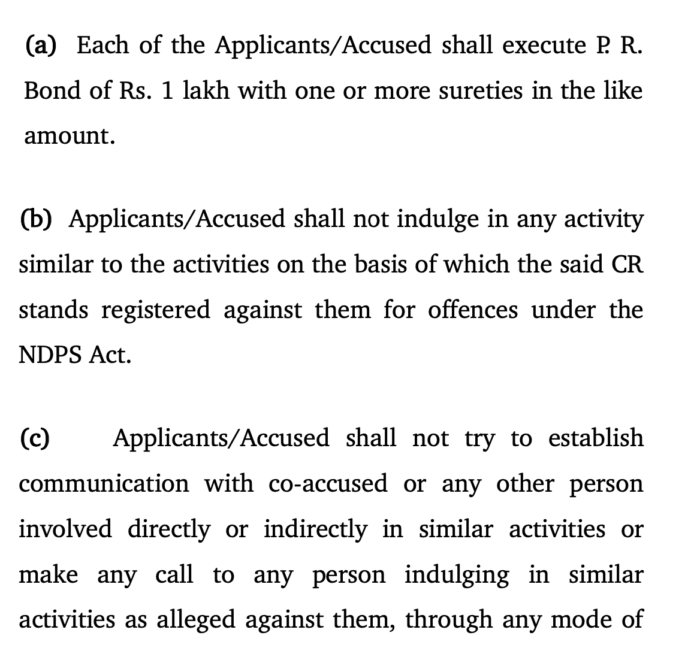 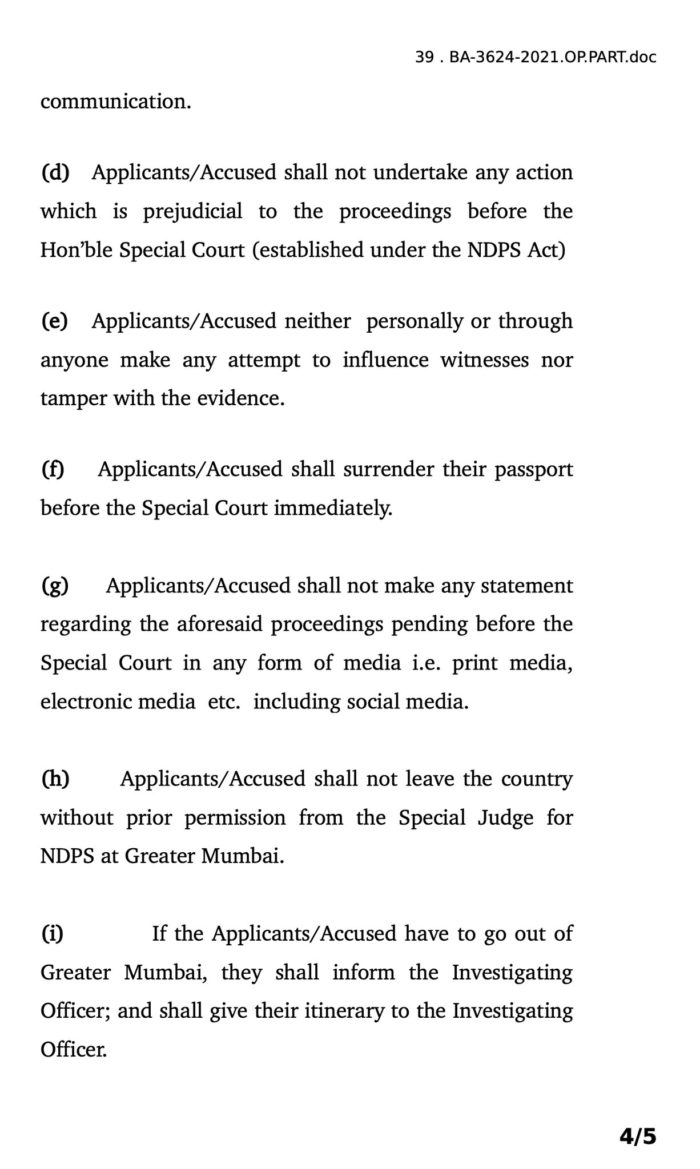 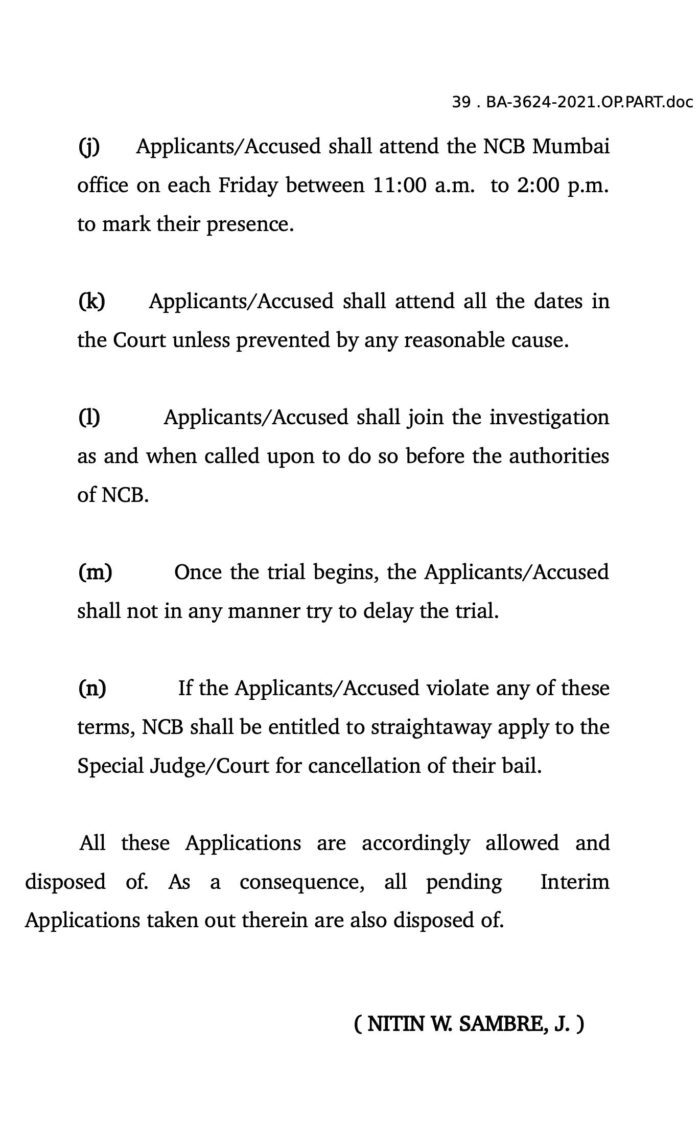 What are your views on the bail conditions? Tell us!