Mumbai’s High Tide Brings In A Mountain Of Trash From The Sea, BMC Workers Clear 25 Tonnes!

Mumbai is officially at the mercy of the rain God yet again. After hours of continuous rainfall and high tides, the city is under high alert. Schools and colleges are shut down today, people are asked not to leave their homes on account of devasting rains.

To add to the hardships of Mumbaikars, high tide of 4.9 meters, which is greatest yet this monsoon, was recorded on Monday. The high tide has brought tonnes of garbage from the Arabian sea on beaches forming huge mountains of garbage. 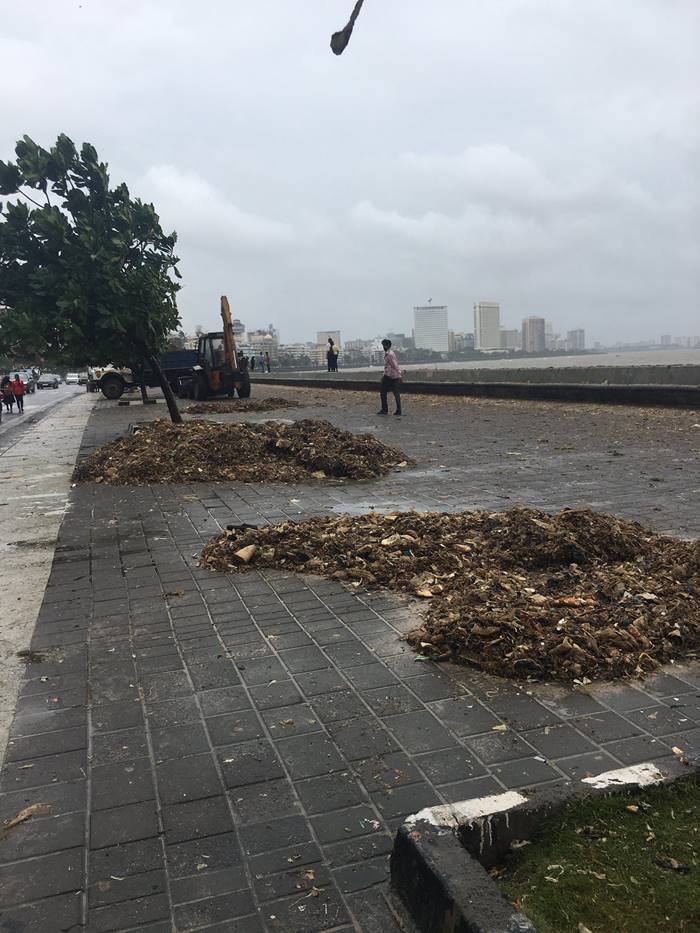 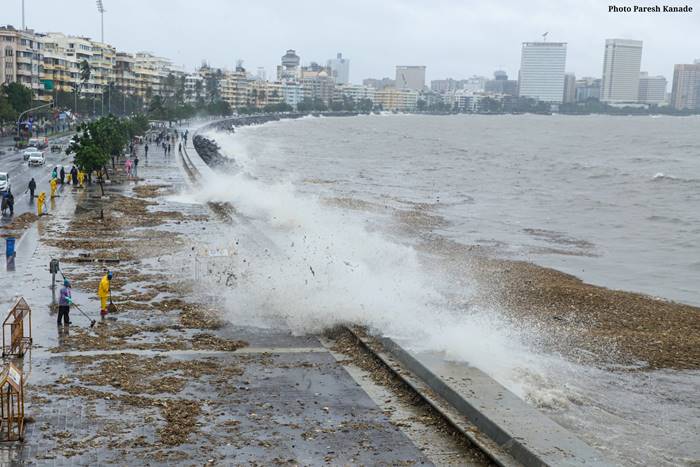 BMC has reportedly deployed 55 laborers, two large compactors for the task of removing the fresh wave of debris around the city. 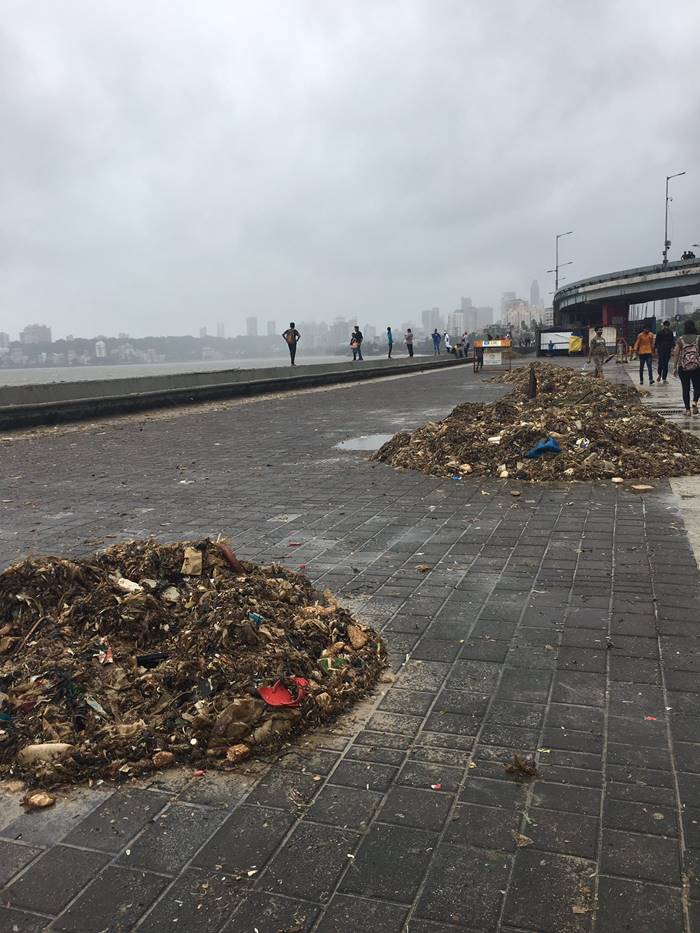 BMC workers clean garbage during the high tide at Marine Drive in Mumbai.
Thanks @mybmc @mybmcSWM for your efforts 🙏🏼👍🏼 pic.twitter.com/WYq0aNtF5i

Samudra Manthan( Churning of the ocean) with a difference.
In Mythology…. Nectar came out. Which God's & Demons vied for it.
But in Reality (Mumbai) #Garbage was thrown out, which the hard working @mybmc staff cleared
#mumbai #MumbaiRainsLiveUpdates pic.twitter.com/C7LLOopSdY

Look what the high tide has thrown up at Marine Drive – garbage! Same story every single year in #Mumbai #saynotoplastic @MirrorNow pic.twitter.com/jdutrCajud

Maybe this is nature’s way of pay back! Now you see why we need to stop dumping waste in the oceans?