Animals often get caught doing cute and unusual things on camera which turn out to be a treat for humans. From a fox feeding its milk to baby koalas amid the Australian forest fire to a spider attacking a pet goldfish, animals never fail to amuse humans with their acts. Another addition to the list of several extraordinary things that animals do, is the latest video of a leopard and crocodile doing rounds on social media.

The video shared by Wildlife filmmaker Nicole shows a leopard trying to take away meat of an antelope from a crocodile’s mouth, reports NY Post. It seems that the crocodile was snoozing with meat held in its mouth.

The leopard slowly approached the reptile and tried to snatch away a piece of meat from its mouth. The crocodile soon opened its eyes and leopard swiftly ran away snatching a piece of meat successfully. 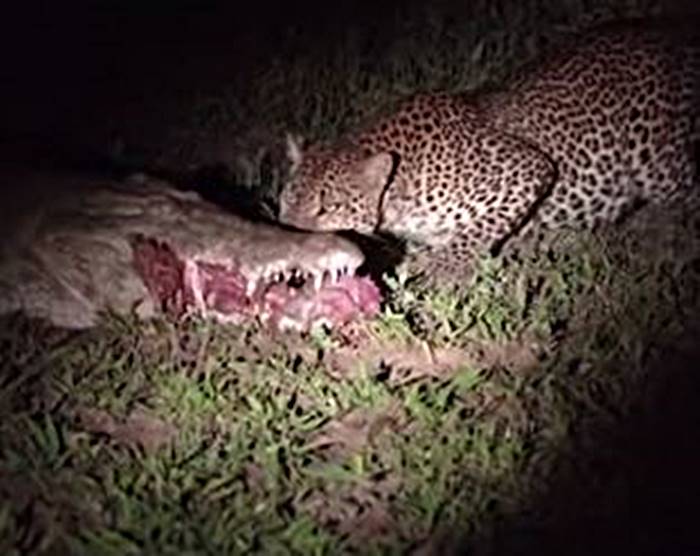 Nicole shot the video near a river at Mfuwe Lodge. Sharing her experience of witnessing the rare sight, she told media, “The leopard is really getting inside the crocodile’s mouth but he’s very careful. The croc is awake and he slyly opens his eyes. It shows how brutal nature is and how they can all fend for themselves.”

“I was a bit scared for the leopard, but that’s nature – they know what they’re doing,” she added, reports Daily Mail.

Now that’s an example of “Dusro ke muh se nivala cheen lena” quite literally! What are your thoughts about the video? Tell us!