“40 Is The New 30”: Kishwer Merchant Speaks Of Conceiving A Baby Naturally At 40

2020 was the year of maternity shoots and the baby boom. Actor Amrita Rao to Anushka Sharma, TV actor Anita Hassanandani and many more celebs got into parenthood and seems like 2021 would also go by congratulating couples for their newborn munchkins.

Now it’s Indian actor-couple Kishwer Merchant and Suyyash Rai who have announced their first pregnancy to the world.

Posting a picture of her baby bump with hubby Suyyash alongside a pair of baby shoes, the mother-to-be announced that they’re expecting the arrival of their kid by August 2021, reported DNA.

“You can now stop asking ‘when are you guys gonna have a baby’. Coming Soon. #august2021 #sukishkababy,” Kishwer captioned the post.

Suyyash also announced their pregnancy by posting the same picture on his Instagram account. By conceiving their first child naturally at the age of 40, Kishwer successfully managed to break the societal stereotype.

Sharing how age is not a problem anymore, the ‘Hip Hip Hurray’ actor reportedly said, “I have conceived naturally at 40 and I don’t think that age is a major problem in today’s era in terms of conceiving.”

“Nobody can say that in my case I mean, as I said I conceived naturally at 40 and I think it’s fantastic. I believe 40 is the new 30. There’s nothing to worry about is what I really want to tell women. You can get married at 35, 36 or whenever like I did and have your babies too whenever you feel like.”

Although the parents-to-be want their baby to be healthy, they do have a preference. “Well, we want a healthy baby but if I have to make a choice then I am slightly vouching for a boy. Also, because I really will get him to play cricket and do those things that I missed out on as a child. And Kishwer wants a girl. But moreover, I just want my child to be happy, healthy, and grow up in a nice and joyous environment,” added Suyyash.

Apparently, their pregnancy was unplanned. “Suyyash and my parents have wanted this since long and were quite after us to have a baby, but yet it’s an unplanned baby,” Hindustan Times quoted Kishwer saying so.”

“I had skipped my period in December and I was feeling very tired that month. But when I did the skip again in January, I started recollecting if I had done a skip in December as well. In that confusion, I just decided to get a test done. And lo! I found I was pregnant.”

Their friends and fans were overjoyed on learning about this big news. 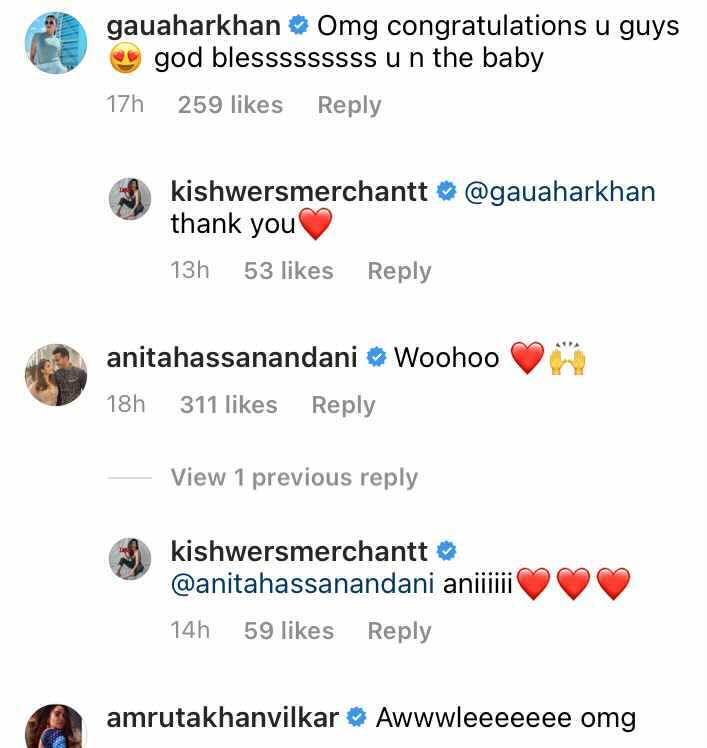 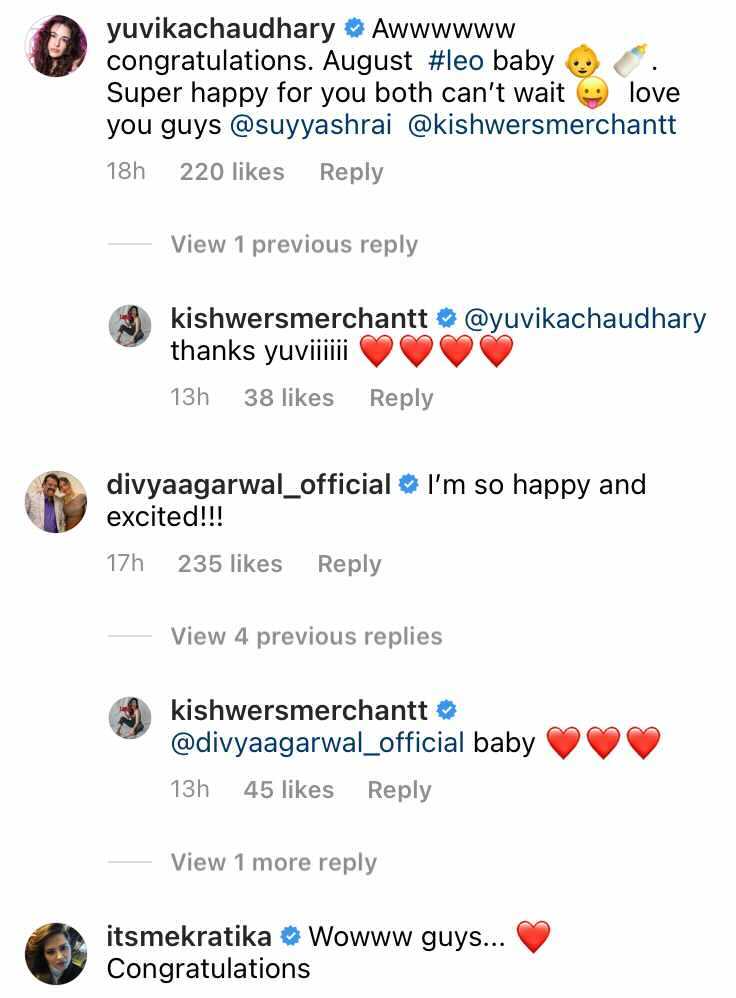 They also posted a cute, emotional video by the beach.

The couple got married in 2016 in a quirky wedding setup. Congratulations, guys!