As if men weirdly staring at women in public places (as if they have the power to scan through their clothes) and making them uncomfortable wasn’t enough that these self-proclaimed protectors of the society have taken over social media to shame women for their choice of clothes.

This time it was Aamir Khan’s daughter Ira Khan who was schooled by these misogynistic people for wearing a bikini while her dad stands next to her on her birthday.

Ira threw a pool party at her 25th birthday celebration. And in attendance were her parents, her family, and friends. Everybody was dressed as per the theme of the party including her dad Aamir Khan who was seen shirtless in a pair of shorts and her step-mom, Kiran Rao in a swimsuit. 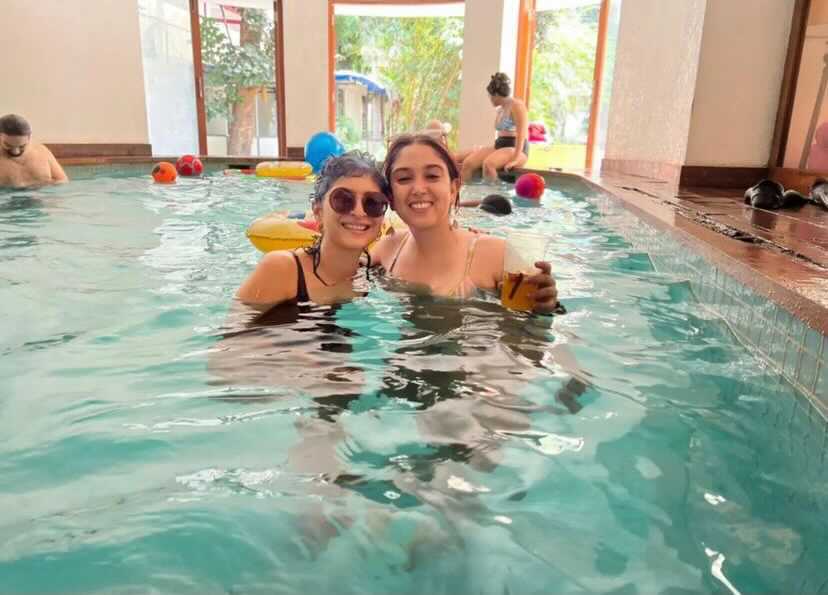 Everything about this party looked perfectly fine with people enjoying their time. But some uninvited guests decided to ruin the fun with their unsolicited advice for the birthday girl.

Which Daughter stands next to her dad in a bikini?These guys are worst influence on this woke generation,Trust bollywood to ruin your culture and normalise such indecency in the name of modernity. pic.twitter.com/lCJbzaznyY

Maaasleeems are persecuted so much in Mudi’s India that they don’t even have clothes to wear now. Ashamed as a society. Not the India I grew up in…!! pic.twitter.com/Rd5rTE2Poy

Bollywood me to normalised h.. I think must be in rich ppl as well… Humare middle class me to nahi chalta ye sab 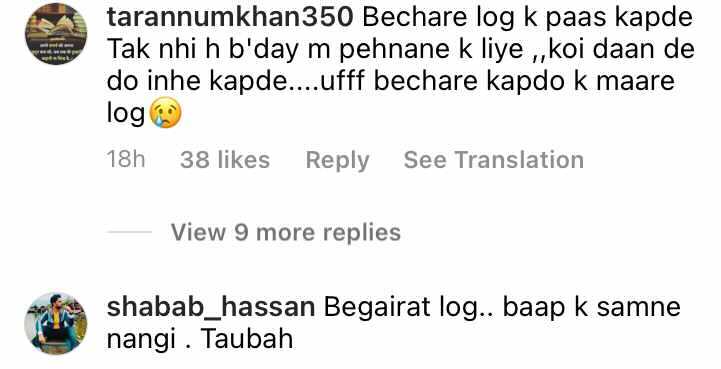 When ‘@RetardedHurt’ was slammed for his cheap thinking, he took a steep u-turn and put it all on mannerism.

The comments get worse than this. But thankfully there’s still some sense left in a handful of people including singer Sona Mohapatra who called out such problematic mindsets.

All the people outraging about Ira Khan’s choice of attire or linking it to what #AamirKhan said, did or didn’t in the past please note; she is 25. A free, thinking, adult woman. Is exercising her choices.Doesn’t need her dad’s approval or yours. BUZZ off. #Patriachy #India 🛑 ✋

Ira khan wear anything she wants on her birthday.

Hey you moron, please don't have a daughter. She ain't gonna be safe with you. https://t.co/bFdJXvYa8e

Because Amir doesn't objectify his daughter but you do😊

Ok a question, What is 'Our Culture'? Does it have a dress code or something? https://t.co/swikDtzm64

It's interesting how many men will say, not all men are rapists, but have an issue with a girl wearing a bikini on holiday, with her father around.

Who exactly do you think a girl can wear a swimsuit around then, if she is unsafe even within her family? https://t.co/XX3eQAEyBs

She has a pool party she has to wear a dress to enter the pool? Stop commenting, she has a right to celebrate the way she wants. https://t.co/A9Ftm2ma2U

the son is also wearing shorts maybe you should mention that before you sexualize a father-daughter relationship https://t.co/GGtWwAr66f

???????? Y'all so sick ???? How does it matter what she's wearing it's her fucking father ??? Unless you're trying to imply men, regardless of your relationship with them are so sick that they can't be trusted.

"Indecency in the name of modernity" chup chutiye. https://t.co/ETw8NSlNJp

I find nothing wrong in this , so i will not blame aamir too

Its just a father daughter cutting cake after swimming pic.twitter.com/CCxiWwjkpi

It’s your problem if you don’t have a swimming pool at home.

Her parents don’t have any problem… so mind your own business even if you don’t have one.

Have you seen Brack Obama and her daughters while swimming? Have you ever been swimming place where families are gathered? pic.twitter.com/f52MctdWHY

Have you heard something like ‘meri marzi?’ Bhai, she is an adult who can make her own decisions. Let her enjoy her family time. Why does her clothing bother you?