Car That Transforms Into A Plane Looks Straight Out Of A James Bond Movie, Watch Test Flight

Last year, French auto engineers designed and tested a motorbike that could fly but the innovation hasn’t stopped there. Slovakian firm KleinVision is currently testing a ‘flying car’ that transforms into a plane in 3 minutes and fly 1500 feet in the air!

According to Mail Online, the ‘AirCar’ is a fifth two-seat prototype designed by the company weighs 1,100kg and can travel for about 1000 km. The vehicle is expected to be used for personal/leisure as well as commercial taxi purposes from next year. Essentially, the vehicle’s wings unfurl converting it into an airplane and there’s a single propeller at the rear. These wings retract later to make it seem like a normal car.

Watch it in action here:

“The fifth-generation flying car designed by Professor Stefan Klein completed two 1500′ AGL flights at Piestany airport in Slovakia this week. The model safely achieved two full airport patterns, including two takeoffs and landings. Powered by a BMW 1.6l engine, the car-plane has an effective power output of 140HP. Estimated travel range of AirCar is 1,000km and flight consumption of 18 l/h.”

People online think this is the most exciting and impressive thing to have happened this year. 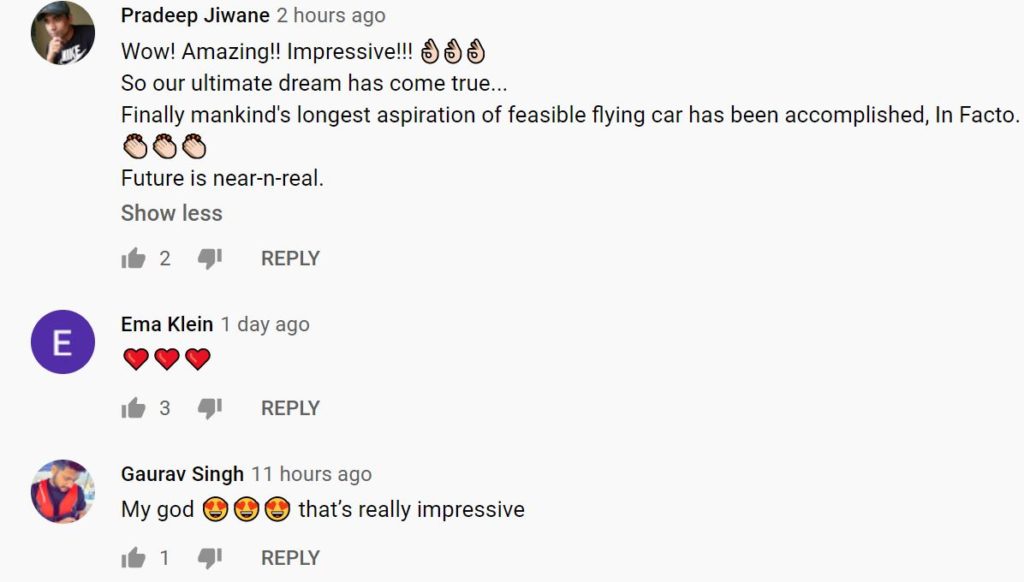 Doesn’t the AirCar look like something James Bond would use for a high-speed chase sequence?