Flipkart To Officially Pull Out Of Partnership With Airtel Zero. Win For Net Neutrality!

A good piece of news for all the netizens who have been supporting net neutrality – Flipkart CEO Sachin Bansal has announced that Flipkart is officially pulling out of the partnership with Airtel Zero.

Their official statement to NextBigWhat states that they will join the larger cause of net neutrality, and will strive to ensure that all companies do the same.

So here’s what happened:

1. Flipkart announced that they would be partnering with Airtel Zero, which is a platform where Airtel subscribers would have access to certain apps/websites for free. This violates the basic concept of net neutrality that states that all traffic on the Internet should be treated as equal. Hence, providing free access to certain apps/websites makes it very difficult for competitors to compete. Moreover, subscribers will have to buy extra money to use other apps/websites which aren’t under Airtel Zero.

2. Since this went against net neutrality – equal access to all the websites/apps the people want, without having to pay extra money, people all over the internet started to protest. After all, the internet is a free space, and violating the terms of net neutrality would be harmful even on a larger picture.

@_sachinbansal @Flipkart have shifted to amazon and snapdeal cause of your arrogance. … ciao..

3. Sachin Bansal took to Twitter to support his stance of partnering with Airtel Zero, which didn’t change anything for the protesting netizens.

4. Reddit India started a campaign, asking people all around to start giving a very low rating to the Flipkart and Airtel mobile apps, demoting them for violating net neutrality. And many of them did.

Shocking that Flipkart would reply to all other queries on their app reviews except for the ones talking about net neutrality. 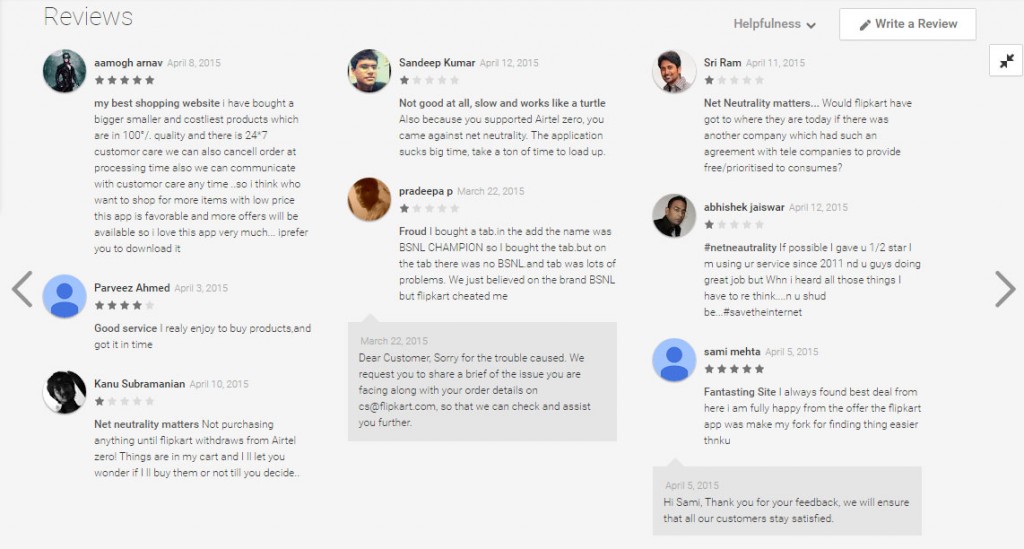 Finally, Flipkart sent an official statement to NextBigWhat, telling them that they will be pulling out from their deal with Airtel.

This might be good news, but there’s still a chance for other companies to hop on board with Airtel Zero. This is why, we suggest that you don’t stop  sending e-mails to the TRAI about this.

If you’re still not convinced, let All India Bakchod explain you the concept in their own style. Watch this animated video for further clarification. Also read how Reddit India helped an MP write to TRAI supporting net neutrality.

Go to www.savetheinternet.in and send in your mail. It’s an easy process, and it’s worth it. #NetNeutralityIndia