There is a reason why dogs are called a man’s best friend. They love you like no other and protect you with all their might. Only those who have been loved by a dog know what a blessing it is. 150 from Bengaluru owe their lives to a dog named Appu.

According to News18, Appu, a one-and-a-half-year-old golden retriever saved the lives of 150 people on November 17 in Bengaluru’s Electronic City. Due to a short circuit in one of the flats, there was a fire accident in VMAKS Chalet apartment in Vasundhara Layout, and Appu sensed trouble. 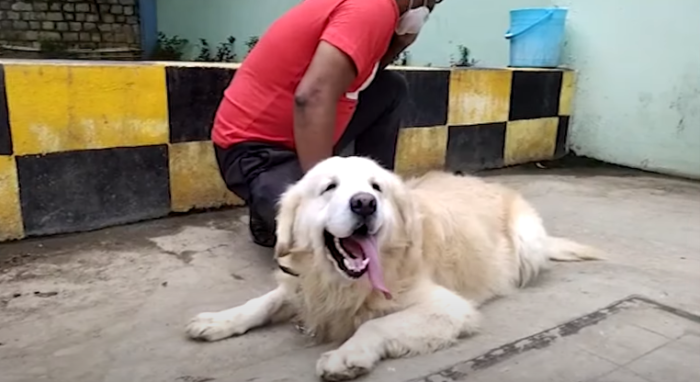 Appu lives in a flat which is owned by Vijay Pillai. He was at work and Appu was at home with Vijay’s 60-year-old mother. While the elderly woman was resting, Appu started to bark frantically, raising an alarm. Mrs Pillai got up to check on the dog and in the process realised that smoke and fire were spreading rapidly in the building, which has 50 flats. “We haven’t found the source of the fire yet. The gas cylinder hasn’t been affected. We guess it might either be a short circuit in the refrigerator or the geyser in the bathroom,” reported Nagesh, Senior Officer, Electronic City Fire Safety Department.

Reports suggest that if Appu hadn’t raised an alarm, the fire would have definitely caused massive harm. 2 flats have sustained physical damage.

Appu is such a good boi!