Reports and accusations of plagiarism have often surfaced in the entertainment industry. For instance, Nora Fatehi responded to claims that her music video for ‘Pachtaoge’ was copied from Beyonce’s ‘Mine’.  In another instance, Badshah sent ₹5 Lakh to ‘Boroloker Bitilo’ lyricist Ratan Kahar after plagiarism accusations.

As per a report in HT, Bollywood actress, Disha Patani shared a piece of anime artwork on her Instagram account, claiming that her younger brother Suryansh Patani created it. The picture is a fan art of the character, Malina, from a video game called ‘Helltaker’. She captioned the post, “#sketchbysuri my little bro’s art inspired by inhoso.”

However, the plagiarism policing account Diet Sabya revealed the true artist behind the artwork. They pointed out how the Suryansh’s drawing looks completely identical to Argentinian artist Inhoso’s original artwork, minus the watermark. The fan art was first posted to Inhoso’s account way back in the month of July. 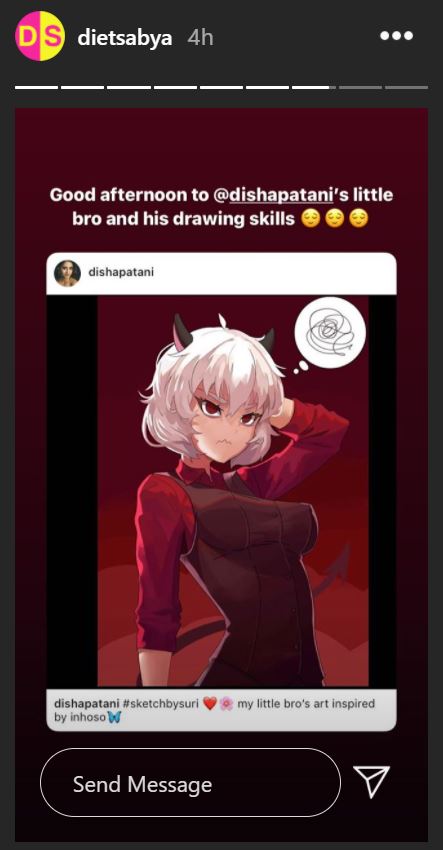 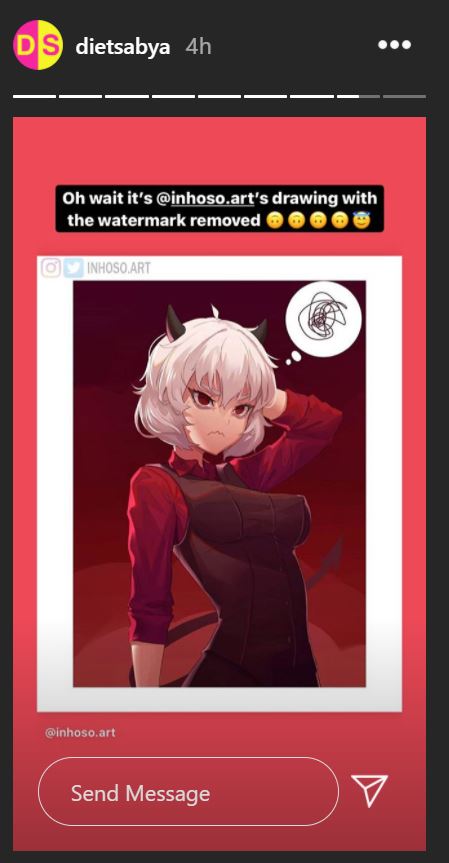 Several people called Disha out in the comments section of her post, accusing her of plagiarism and also mentioned the real artist’s name. 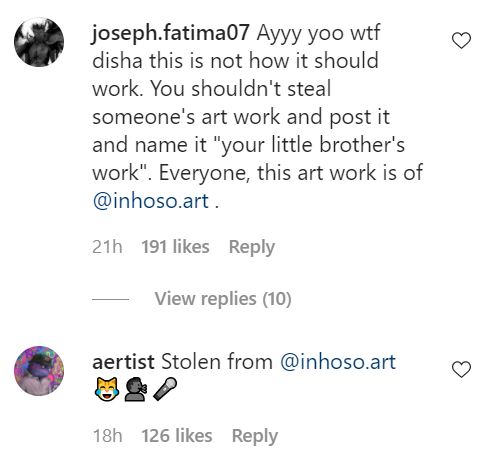 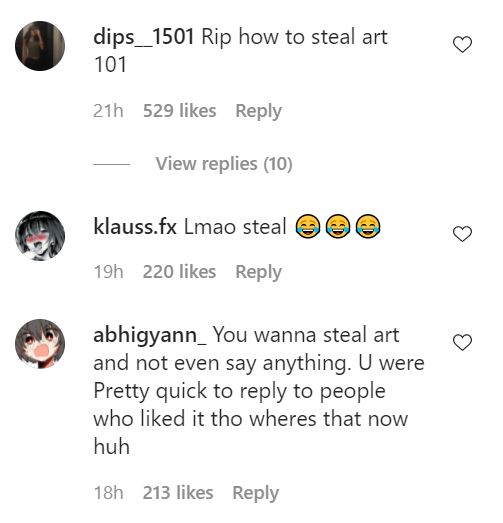 Soon, the original creator got to know about this and took to his Instagram stories to respond. He wrote, “Sorry I fell asleep. The thing is that this influencer/celeb reposted one of my drawings, cropped it (the watermark), and claimed her little brother drew it. I am not her little brother and this whole thing is without my consent.” 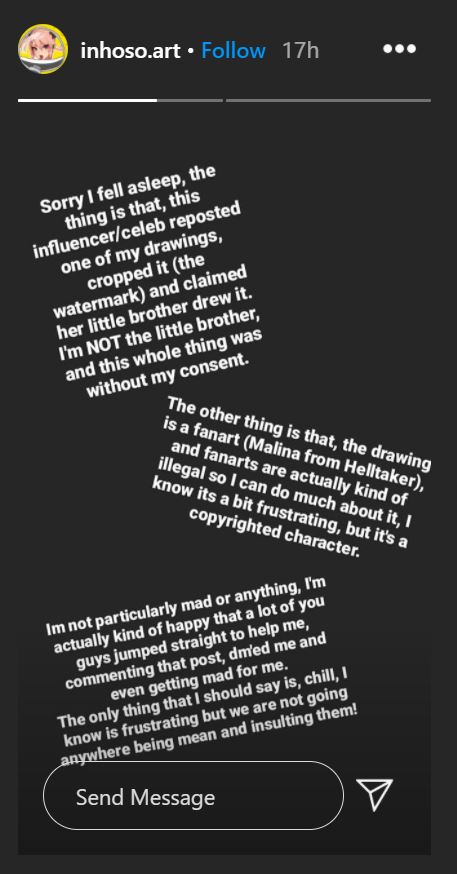 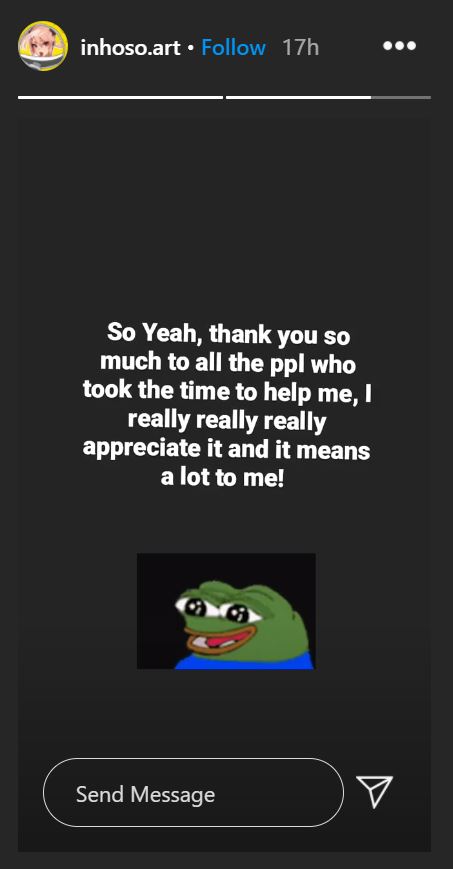 Thanking his followers for notifying him about the issue and jumping to his defense, he added, “Fan-arts are actually kind of illegal so I can’t do much about it. I know it’s a bit frustrating but it’s a copyrighted character. The only thing that I should say is chill, I know it is frustrating but we are not going anywhere being mean and insulting them.”

What do you think of this entire scenario? Tell us!