Once Again, The Stump Mic Catches Some Hilarious Pep Talk From Dhoni and Kohli To Others

The stump mic may have its own uses during the game, but for us cricket fans, it’s a gold mine. It is only because of the stump mics that we’re privy to some precious pearls of cricketing wisdom that have been uttered by legends like M S Dhoni, Virat Kohli and several others.

Take this one for example, from former Captain Cool, Dhoni. Sheer poetry, I tell you.

And remember the beautifully worded “G**nd phat jaayegi” remark by Virat Kohli? Not once but twice! Or that stellar trick he and Hardik Pandya pulled to tackle bowlers which got revealed on the stump mic?

The mic has given us so much, including the assurance that Dhoni will never stop calling Kohli “Cheeku”! And now, here’s another precious gem, from former captain and forever Captain Cool, M S Dhoni!

A Twitter user shared a video of Dhoni shooting hilarious lines at his team members in his trademark style, quite clearly audible over the stump mic. Even better, somebody has added subtitles!

There’s a cameo by apna Cheeku too!

I’m never getting over how cute this sounds TBH! 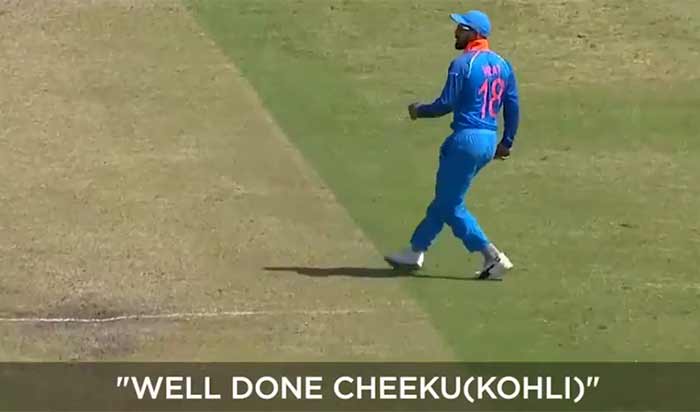 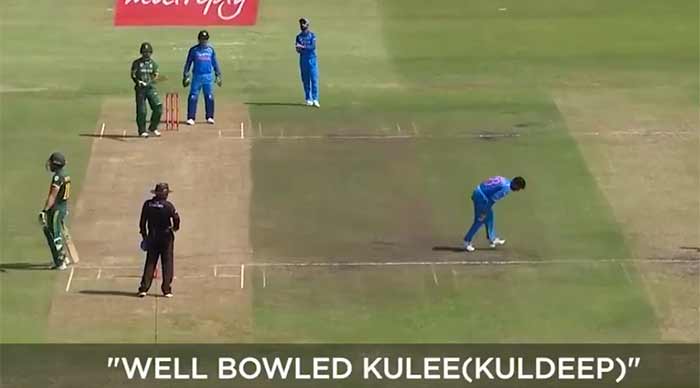 It seems like stumps mic were made for Indian Players only.
😂 https://t.co/KpNZDFreEX

3. For everyone, if I may say so! Trust Virat Kohli to make it sassy!

5. Virushka ought to star in a movie called Cheeku!

But his trademark line.. "nice bowling Ash" may it reverberate forever 🙂 https://t.co/o8WjA6CxSv

You can take Dhoni out of captaincy. But you cannot take captaincy out of Dhoni. https://t.co/wtKO9z51lf

9. When a non-fan gets converted!

I don't watch cricket but this is super interesting! https://t.co/i8Et0RvAeg

Can listen to him all day. Channels should get rid of all commentators.

Here’s hoping Dhoni’s and the rest of the Men in Blue continue their colourful love affair with the stump mic. It sure makes for pure entertainment for all of us crazy cricket fans!