Desi parents are just out of the world. They’ll never express their love for us but will always boast about us in their friend’s circle. And if you have some extraordinary talent or you excel in an examination, you’re sure going to be under the spotlight in the next gathering.

Even though it’s sweet of them, we sure get embarrassed when our proud parents blow our trumpet. “You’re embarrassing me” is often on our minds. This is precisely what happened with Arbaaz Seth Merchantt, son of renowned lawyer Aslam Merchant.

Recently, when Arbaaz went to the NCB office to mark his attendance as instructed, his father was waiting outside, along with a handful of paparazzi.  And just like our desi dads, Aslam told Arbaaz to pose with him in front of the flashing cameras. 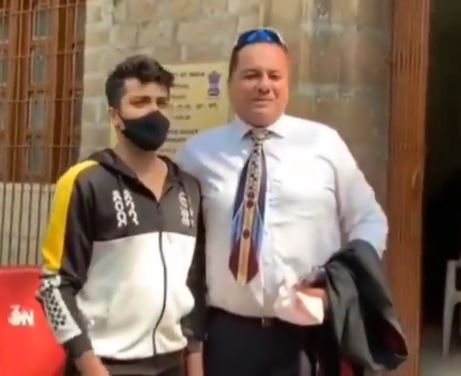 While Arbaaz did acknowledge his request, he clearly was annoyed by his enthusiastic dad’s eagerness to pose for more. In a video making rounds online, he is seen face palming as his father forced him to wait for a while. 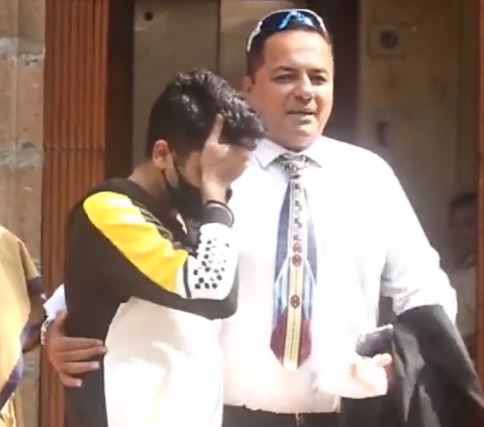 A lot of people online resonated with Arbaaz’s emotions and were reminded of their desi dads.

That #Arbaazmerchant dad video is class privilege of another level 😹
Comic gold tho.

Dad : I'm your fan, my son. It took us decades to earn this fame and publicity. Let's pose and get ourselves clicked.

Son : Today he proved that he is another Pappu. "Dad, stop it yaar".#ArbaazMerchant#DrugStories #NCB https://t.co/X26c9gyMld

What it feels like when Desi dads upload their sons’ marksheet on whatsapp stories: #Arbaazmerchant #desidads pic.twitter.com/3WSejPtvIj

No matter what, Indian parents are always proud to see their kid's name in the news.#Arbaazmerchant #NCBRaid https://t.co/dp2BKV8mgj

What a Dad 😂😂 Arbaaz Merchant (Aryan Khans friend) Dad who is an advocate, asks him to pose with him for photographers outside NCB office 🤦‍♀️😂 pic.twitter.com/inNZIwSdE4

Here Arbaaz Merchant’s father Aslam Merchant—who is also his lawyer—is forcing his son to happily pose for the cameras during his mandatory NCB visit every Friday, while Arbaaz visibly is annoyed.

Just imagine: the father considers this a proud moment! pic.twitter.com/hg0OGXcxBA

Like a proud father Arbaaz Merchant is flouting his son to media after NCB interrogation whereas My father would have disowned me even if I wasn't guilty.

A while back, all eyes were fixated on Shah Rukh Khan’s son Aryan Khan and his friends Arbaaz Seth Merchantt and Munmun Dhamecha after they were named in the drugs in cruise case. After spending 25 rough nights behind bars, the youngsters were bailed. However, according to the conditions of the bail, they still have to visit the NCB (Narcotics Control Bureau) office every Friday, attend all dates in Court, and join the investigation whenever called upon.

I’m sure on watching this video you’re also reminded of that one incident when you felt like vanishing into thin air.