A year back several female Bollywood playback singers like Sona Mohapatra, Shweta Pandit, Alisha Chinai among others came forward to accuse music composer Anu Malik of sexual misconduct. Following the hue and cry, he was dismissed as the judge of singing TV reality show Indian Idol.

Anu Malik, who has been associated with the show for the past 11 years, was reinstated on the judging panel alongside Neha Kakkar and Vishal Dadlani for its 11th season this year.

This did not go down well with all the ones who had earlier accused him of sexual harassment and they once again called out Malik and the makers of the show for the same. Adding fuel to the fire, pop singer Neha Bhasin too recently accused Malik of making her feel uncomfortable during the beginning of her career.

“Ever since the false and unverified allegations were leveled against me, it has not only ruined my reputation, but affected me and my family’s mental health, left us traumatised, and tarnished my career. I feel helpless like I am being cornered and suffocated,” he wrote.

“It’s disgraceful that at this age, at this stage in my life I have to watch the most slanderous words and horrifying incidents being associated with my name,” he added.

Malik also questioned as to why all the allegations against him are surfacing when he is seen on television. “Why wasn’t this spoken about before? Why do these allegations resurface only when I am back on television, which is currently my only source of livelihood?” Being a father of two daughters, he said he “can’t imagine committing the acts that I am accused of, let alone do it,” he wrote.

“Fighting a battle on social media is an endless process, at the end of which nobody wins. If this keeps on continuing, I will have no option but to knock on the doors of the courts to safeguard myself,” he added.

He ended the post by thanking his fans for standing by him and trusting him through thick and thin. “I don’t know how much more slander and dirt my family and I can take.” “The show must go on. But behind this happy face, I’m in pain. I’m in a dark space. And justice is all I want,” he wrote.

Anu Malik finally wrote back to all of us last evening. My response to him, next to his letter. 👇🏾
In case mine is too long to read, have also attached a shorter, crisper one, one amongst many on my timeline. Thank you @KallolDatta for saying it better #India @IndiaMeToo pic.twitter.com/NNeW59fLPs 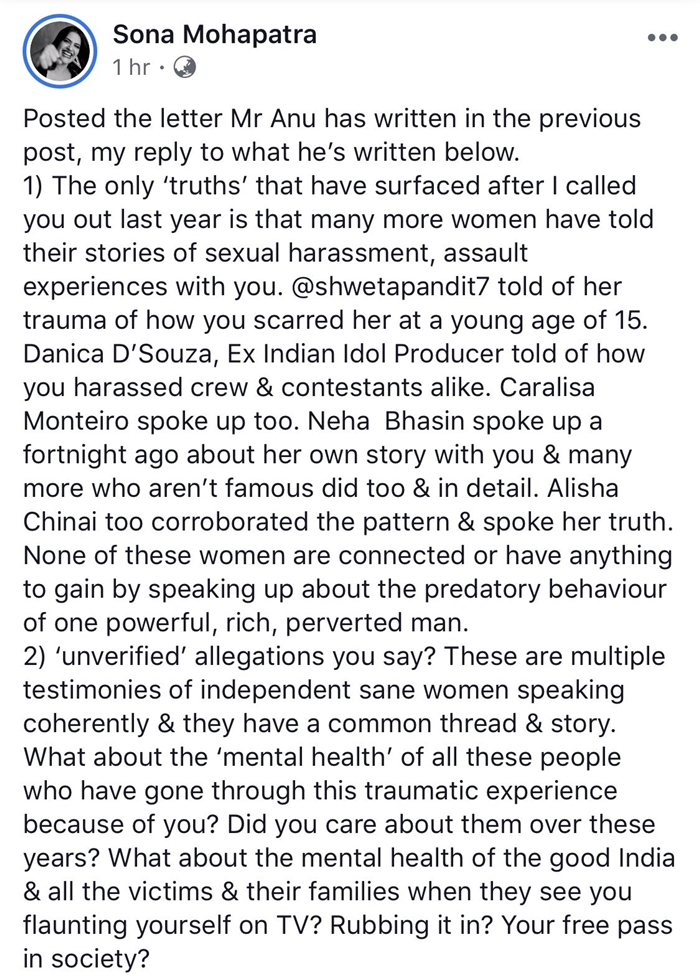 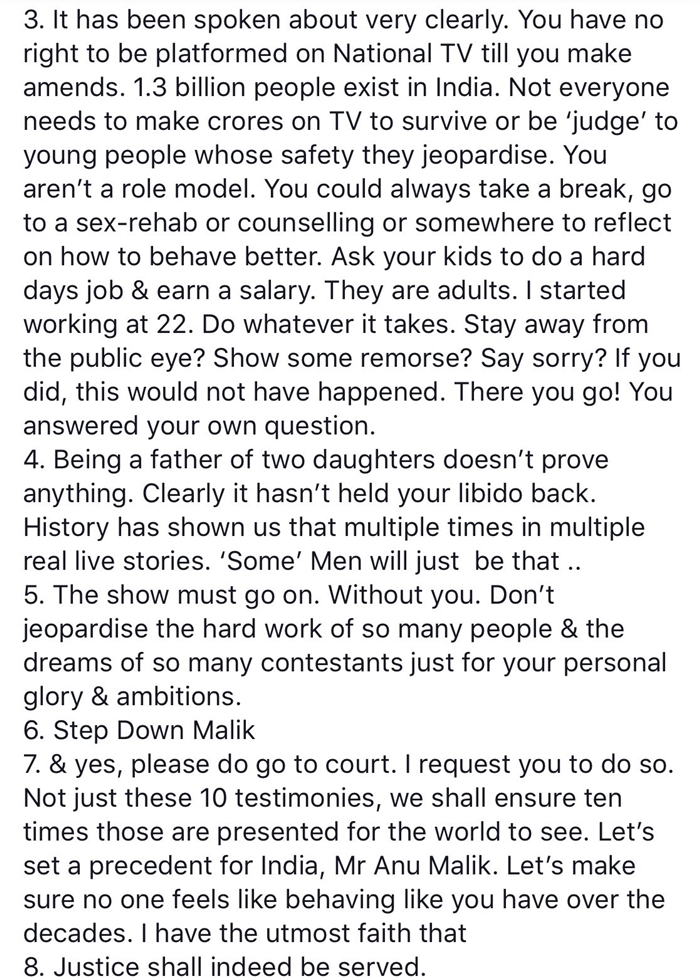 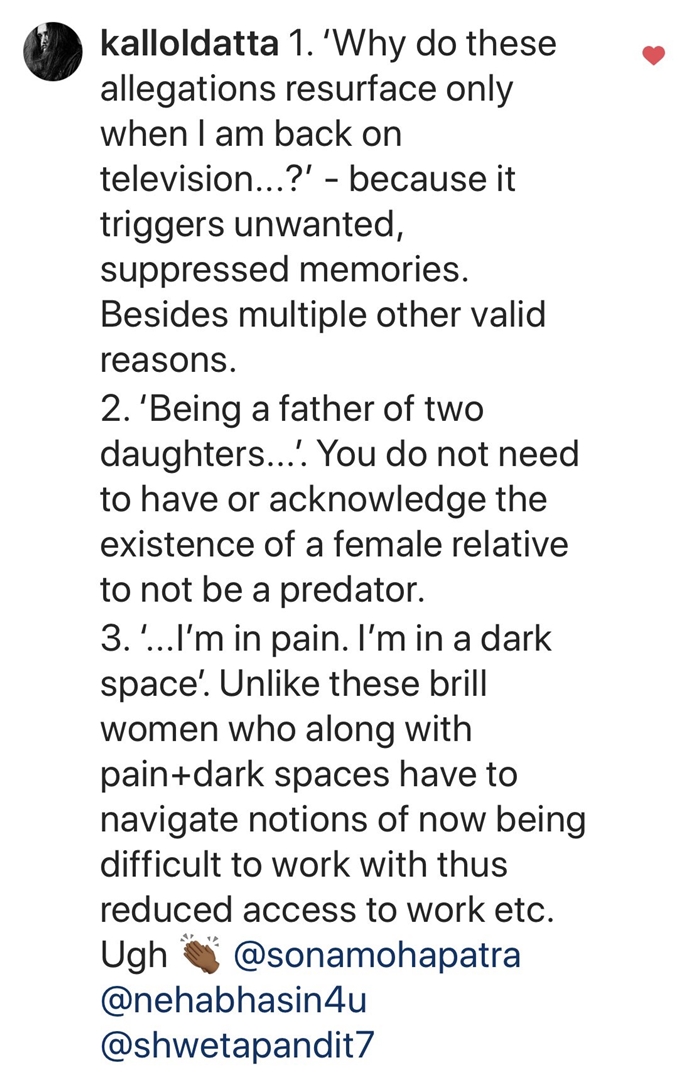 Malik has not yet responded to the Sona or Shweta’s claims. What are your thoughts on the entire fiasco? Tell us!