Veteran actor Vikram Gokhale was an asset to the Indian film industry. Born to a family of legends, he was known for his notable acting and power-packed roles in Marathi theatre, Hindi films, and TV serials. But sadly, today we lost the gem.

According to a report by The Indian Express, the 77-year-old actor breathed his last at the Deenanath Mangeshkar Hospital in Pune. Reports suggest that he was undergoing treatment since November 5 and passed away due to multi-organ failure. 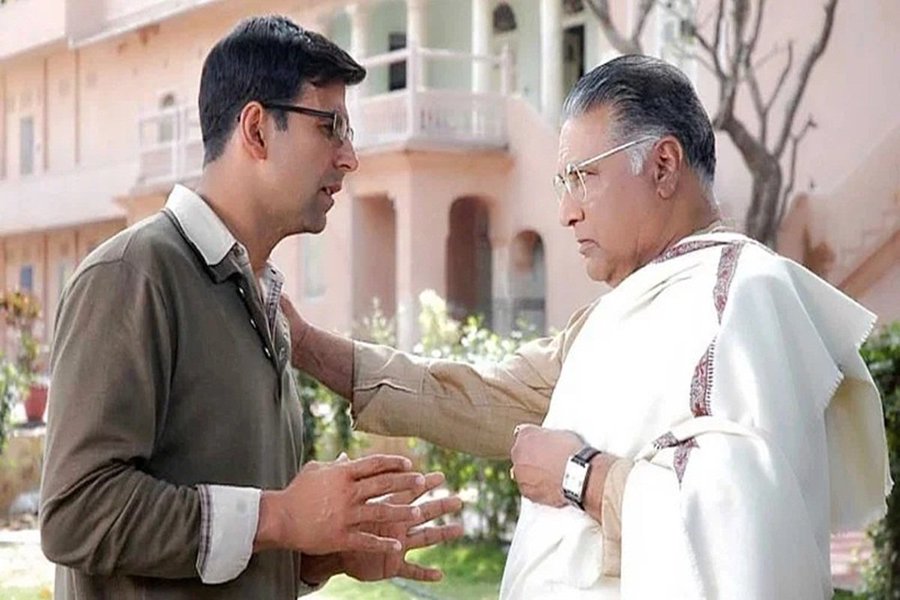 The entire film industry was taken by shock by this heartbreaking news. From Akshay Kumar to Manoj Bajpayee, many celebrities took to social media to extend their condolences to the family of the late actor.

Very sad to know of the demise of Vikram Gokhale ji. Worked with him in films like Bhool Bhulaiyaa, Mission Mangal, had so much to learn from him. Om Shanti 🙏 pic.twitter.com/WuA00a2bpO

A very sad day. Goodbye to a great actor. Such a presence on screen. #VikramGokhale.

Indian cinema lost a gem of an actor. Had the privilege of working with him in Aiyyari and shared few great moments with him on the set ! Saddened to hear about Shri Vikram Gokhale ji’s demise. My thoughts & prayers are with the family 🙏🏼#OmShanti #VikramGokhale

What a loving,gentle and a kind human being #VikramGokhale ji was..
Really sad to learn about his demise
Worked with him right at the beginning of my career in Parivar & then in Nargis
Learnt so much from him
Om Shanti🙏🙏 pic.twitter.com/1G426KMBtv

Sad to hear about the passing of #VikramGokhale Ji, my deepest condolences to the family through this tough time. #RIPSir 🙏🏼 pic.twitter.com/Hzujx7RDBP

Whenever he came to the screen, he owned it. Travel well, sir! 🙏