Remember actor Shenaz Treasury who made her Bollywood debut in 2003 with the film ‘Ishq Vishk’ alongside Shahid Kapoor?

Well, the bold and bubbly actor has now turned into a full-time video creator who is often seen exploring the hidden gems of India and abroad and capturing their beauty in her quirky andaaz.

But recently, the travel influencer shared her health update which made our hearts skip a beat. Taking to her Instagram stories, the ‘Delhi Belly’ actor revealed that she has difficulty recognizing faces. She goes on to write that it is actually a cognitive disorder named prosopagnosia (also called face blindness) with which she was diagnosed recently.

The 40-year-old actor, in a series of IG stories, wrote, “I have been diagnosed with prosopagnosia. Now, I understand why I’ve never been able to put faces together.” 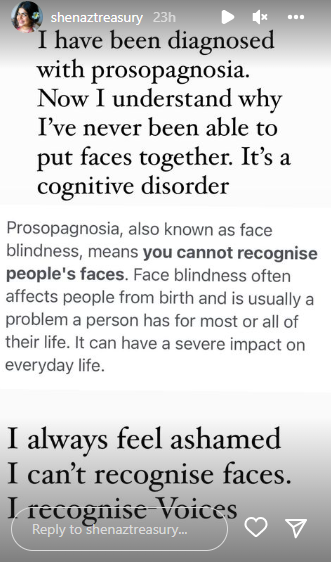 Treasury also lists the signs and symptoms of prosopagnosia. Treasury, who is also a video jockey said that if people don’t understand that, the disorder might make one appear aloof.

“You have difficulty recognizing neighbours, friends, coworkers, clients, schoolmates. People you know expect you to recognise them. Failing to recognize someone might make you seem aloof.” 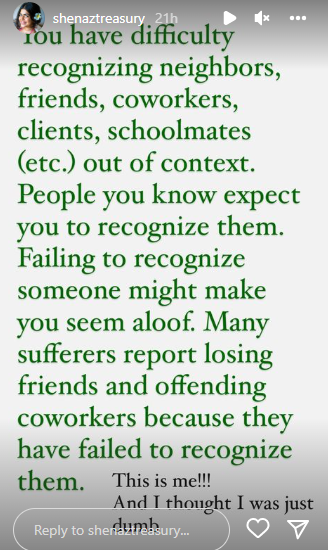 She went through the disorder her whole life and often thought about why wasn’t able to recognize people who claim to be her close friends or neighbors. 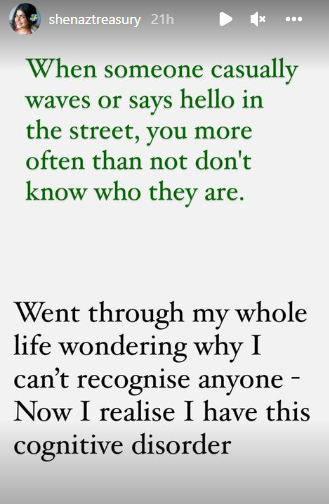 She further added that since she wasn’t able to recognize people, she thought of herself as dumb.

“Many sufferers report losing friends and offending coworkers because they have failed to recognise them. This is me. And I thought I was just dumb.” 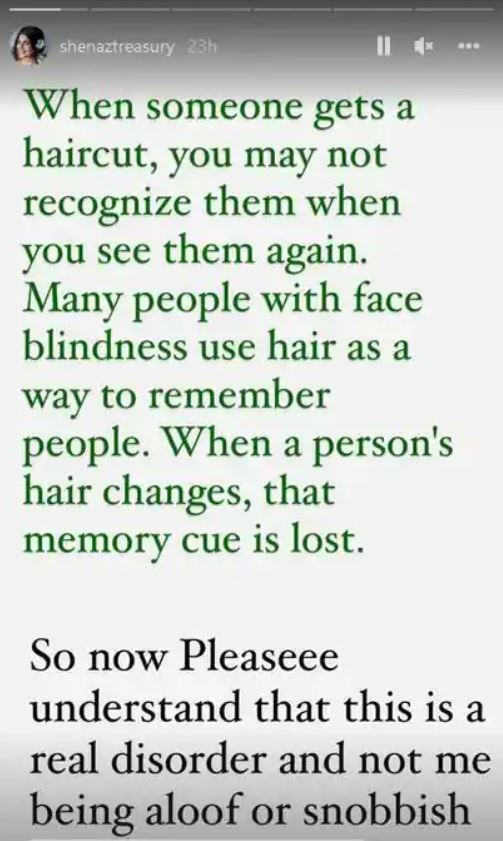 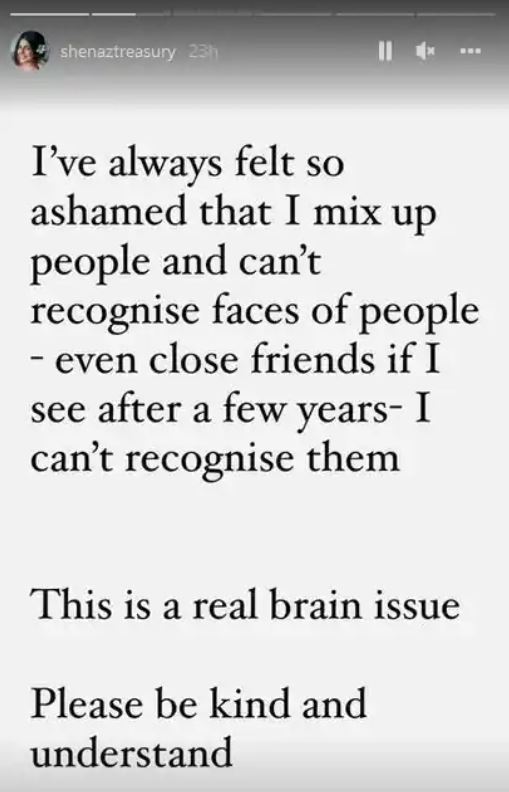 It’s not just her, famous film actor Brad Pitt also said in an interview that he believes that he has prosopagnosia saying, “faces to me are just like brick walls.” However, he hasn’t been diagnosed with the neurological disorder yet.

Now you know, guys! Please be empathetic to them and don’t take their inability to recognize you as a sign of their ignorance or attitude.