“I Was A Kid Then.” Shakti Kapoor’s ‘Mature’ Reply To Tanushree Dutta’s 2009 Allegations

For every celebrity that stands up and says “I Believe” and “I Stand With Tanushree Dutta”, there’s one who chooses to not take a stand and maintain diplomacy. It’s not exactly the reaction we’d want from them, but people have supported that neutrality as well. 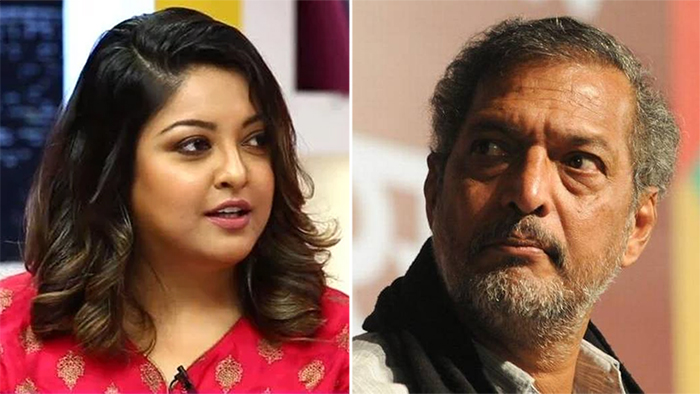 However, mocking the issue or the question that Tanushree Dutta’s allegations raise against veteran actor Nana Patekar is probably not the way to go. A memo that Shakti Kapoor might have missed.

During a recent interview, when a journalist asked senior actor Shakti Kapoor what his views were on Tanushree Dutta’s harassment allegations against Nana Patekar, his reply happened to be something quite similar to his dialogue from Chaalbaaz.

You remember that one, don’t you?

When told about Tanushree’s interview, where she said that whatever happened with her in 2009 was wrong, 66-year-old Shakti Kapoor had this to say:

You can watch him make the statement here:

#WATCH:I don't know anything about this case. This was ten years back, I was a kid back then: Shakti Kapoor on #TanushreeDutta's harassment allegations against Nana Patekar. (2/10/2018) pic.twitter.com/FxD7LHL6MM

While celebrities like Freida Pinto, Farhan Akhtar, Priyanka Chopra, Siddharth and many others have spoken up in solidarity with Tanushree Dutta, B-Town biggies like Amitabh Bachchan, Salman Khan and Aamir Khan have decided to take the diplomatic route. Many have even chosen to remain completely silent about this.

However, the message that the above answer to such a serious question sends is not a favourable one. Clearly, it is not a matter to be joked about. Whether or not Nana Patekar is guilty is a matter of investigation. However, some tact while talking about the women speaking up in such issues is a matter of basic decency.