A girl named Seema from a village in Jharkhand is making people all over the country proud after having successfully secured a full scholarship to the Harvard University in Cambridge, Massachusetts. Here’s a look at her inspiring journey.

Hailing from a village named Ormanjhi, her parents didn’t have the privilege of receiving an education. They relied on subsistence farming, and her father additionally works at a local thread factory.

She was the first woman in her family to attend a university, after defending her right to do so and avoiding numerous societal obstacles like child marriage. She also joined the football team in the year 2012 and continued to play for years despite being ridiculed for wearing shorts.

Seema braved through it all and won a place at Harvard, one of the best universities in the world, despite this being an extremely competitive year due to a record number of applications received. The acceptance rate was historically low this year, only 3.4%.

While Seema is yet to decide what she would major in at Harvard, she has a clear vision about her future goals. She wishes to bring gender equality to her community where women could take part in the decision-making process at home. She believes would it would lead to economic and social growth, not only in her village, but the world at large. She stated that gender equality is “essential to reduce injustices against women like gender discrimination, domestic violence, child marriage, etc.”

Seema also plans to start an organization for the women in her village that would train women to be financially independent by helping them start a small business. The other major goal for her organization would be to build a bigger network to educate women about their rights and further support them by providing them knowledge and other essential vocational skills.

Celebrities like Priyanka Chopra, Navya Naveli, and Aditi Chauhan took to their social media accounts to praise Seema for her amazing feat:

Educate a girl and she can change the world… such an inspiring achievement.
Bravo Seema 👏🏽👏🏽
I can’t wait to see what you do next.https://t.co/vKSq5rMEOv#YuwaIndia @Tarunmansukhani 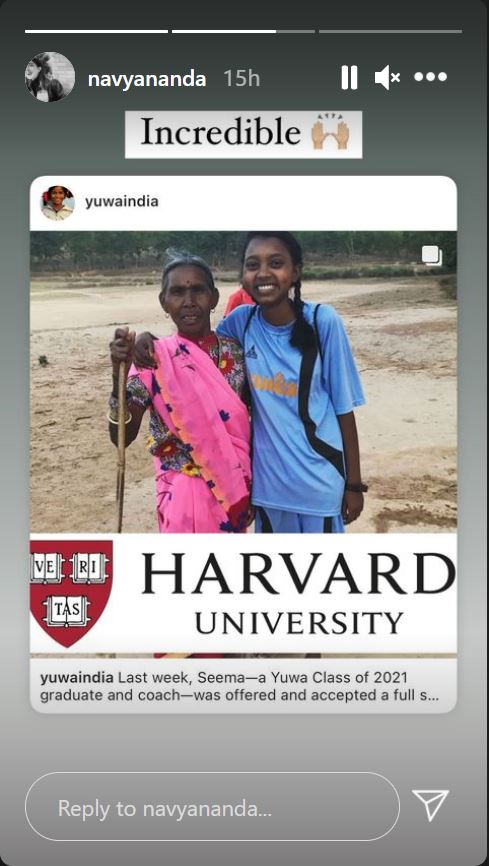 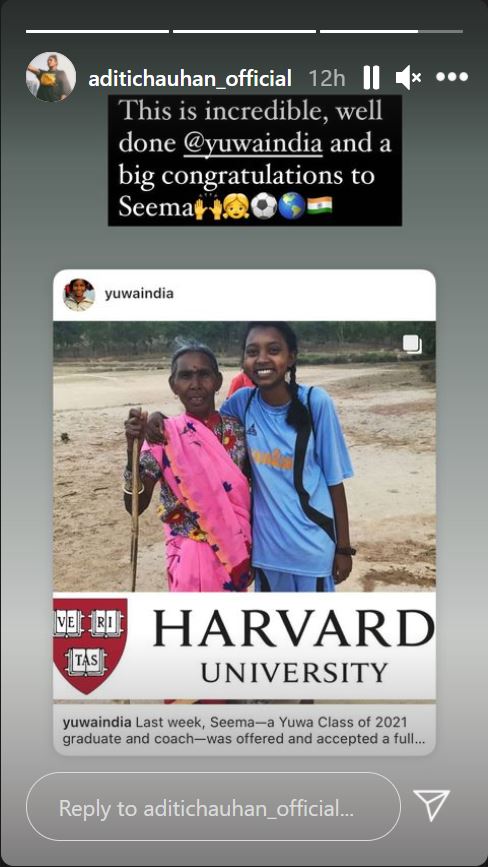 Congratulations Seema, we are all proud of you!