One Of India’s Richest, Ratan Tata Arrives At Taj Hotel In A Nano Without Bodyguards

Ratan Tata is India’s biggest industrialist and philanthropist and his wealth amount to Rs 3,500 crores. But according to Economic Times, he ranks way below in the list of the richest people in India. In fact, those who follow the news must have read about how humble the businessman is in real life.

Here’s an example which can vouch for this fact. At a recent event held in Taj Hotel, Mumbai, Ratan Tata arrived in a Tata Nano.

He wasn’t accompanied by bodyguards or even a chauffeur. Instead, it was the 28-year-old Deputy General Manager of Tata Trust Shantanu Naidu on the driver’s seat.

Paparazzi Viral Bhayani posted a video of Ratan Tata’s arrival and wrote, “The legend himself snapped by our follower Baba Khan today outside the entrance of Taj Hotel. Baba says he was amazed by his simplicity as he had no bodyguards just hotel staff who escorted him in his small Tata Nano.”

Several people online couldn’t help but laud the man for his simplicity. Calling him a “legend”, here’s what they said: 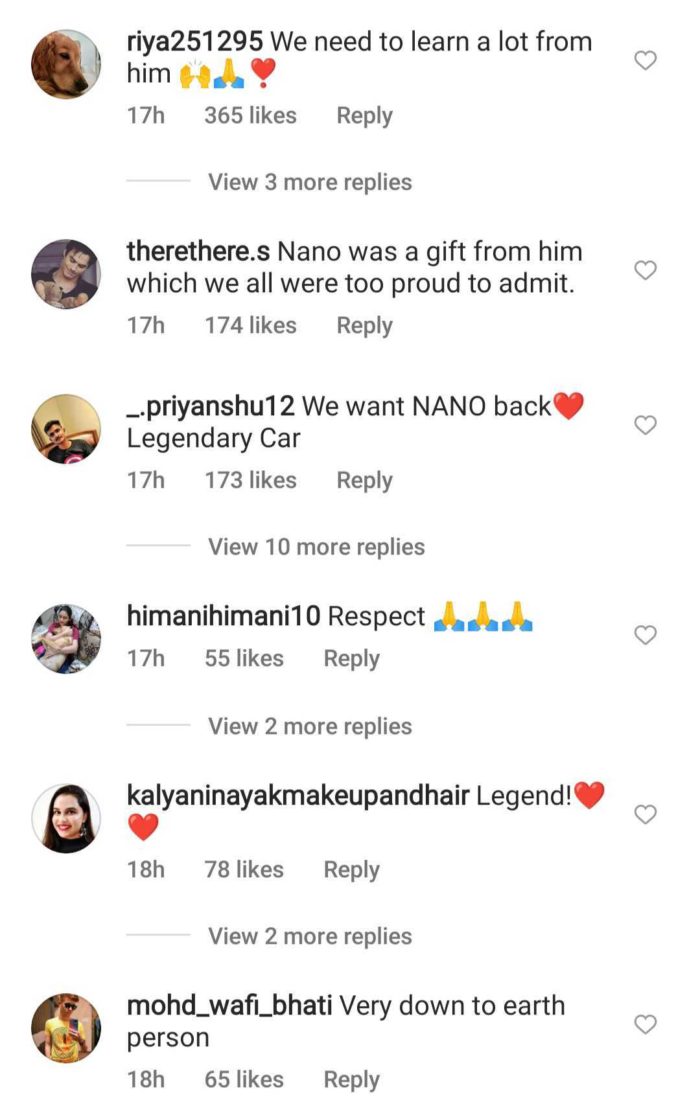 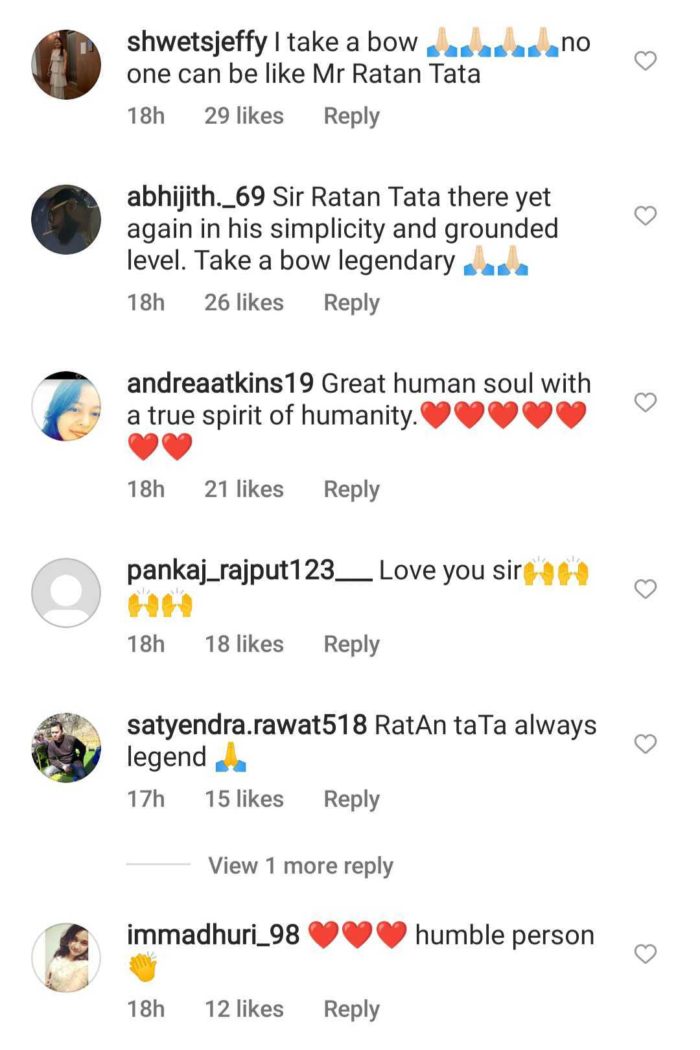 There’s so much we could learn from him!