Ranveer Singh has done it again. No, this time around, he is not dressed as a bird or roaming around in skirts or shiny tracksuits wearing chunky gold necklaces. He has in fact skipped clothing completely.

The ‘Gully Boy’ actor has yet again made heads turn and left many mouths wide open as he posed naked for a magazine shoot.

Ranveer recently did a photo shoot for ‘Paper Magazine’ and the images are all over social media. Talking about going naked, he told the magazine, “It’s so easy for me to be physically naked, but in some of my performances I’ve been damn fucking naked.”

“You can see my fucking soul. How naked is that? That’s being actually naked. I can be naked in front of a thousand people, I don’t give a shit. It’s just that they get uncomfortable.”

Sporting his fashion and dressing style is something that needs courage. He thinks he works hard enough to be able to buy expensive clothes and can wear them head to toe without giving a thought to what others think about him. 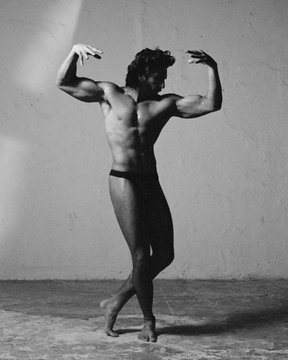 But there were the troll police and people from the meme-verse who took this opportunity to share memes and jokes on him. Take a look:

Me after spending my entire salary on swiggy & zomato #RanveerSingh pic.twitter.com/brwVN7rZeU

Cockroach when I turn on light at night : pic.twitter.com/pLgyG97aV8

The Creation of #RanveerSingh pic.twitter.com/lCpXQApL9g

Don't let Ranveer Singh distract you, this is how ideal male body looks like. pic.twitter.com/XcvcBVAGdC

😂 Sorry, I'm not at all here to troll@RanveerOfficial

You were laughing at his clothes, now what will u do.#RanveerSingh pic.twitter.com/cvoOMLR3Ny

What do you think of Ranveer’s bold shoot?