Although I haven’t turned into a chef, the ample amount of free time, thanks to the lockdown, has made me binge-watch a lot of entertaining videos on a popular video making platform. And recently I came across a video that has helped reunite a man with his family after two long years. 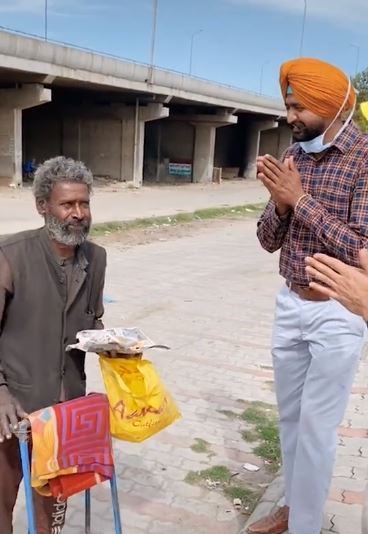 It so happened that a Punjab police constable named Ajaib Singh made a video with a poor man, urging people to help the needy in such difficult times, reported BBC. He then posted the video of his interaction with the man named Roddam Venkateshwarlu on the video-sharing application.

The inspirational video was extensively shared online and ended up getting the attention of one of Venkateshwarlu’s acquaintance. He immediately informed his family in Telangana, who had been searching for him for the past two years. They had also filed a missing persons report with the police but in vain, reported CBS News.

The family was quick to contact cops in Ludhiana, who then helped them track the missing man. The father and son then got in touch through a video call. “We both burst into tears when we first saw each other. He asked me to come and take him home, signalling in his own way,” said his son, R Peddiraju.

According to NDTV, Venkateshwarlu, a labourer, had boarded a truck to another village to find work.

“My father fell asleep and the truck driver didn’t know he was there. Several kilometres later, the driver realised my father was in the truck and so he dropped him off on the middle of the road and left him there.”

Alone on an unknown land, the man with hearing and speech difficulty, then took a lift from another truck driver who dropped him off in Ludhiana, around 2,000 km away from his home in Telangana. 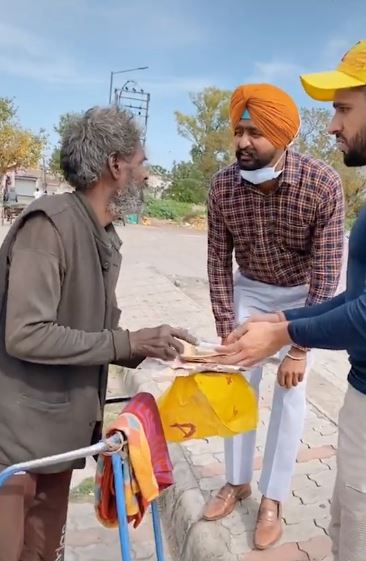 Given the current situation in the country, the cops suggested Venkateshwarlu’s family to see him once the lockdown is lifted. However, they were too desperate to bring him home. “But we couldn’t wait that long to see him so we managed to get a permit that would allow me to travel across states,” Peddiraju said.

And within a week, the father and son met in Ludhiana and travelled back to their native place. “This is the first time that our father stayed away from us for this long. He lived only on rotis for the last two years, which he was not used to. The first thing we’ll do now is feed him homemade hot rice,” Peddiraju said.

It would have been hard for both, the family and for Venkateshwarlu, to stay apart for so long. We are glad they were finally able to meet, all thanks to the internet.