How Do You Know You’ve Found ‘The One’? Obama Has Some Pretty Great Relationship Advice!

Barack Obama is a much adored former President of the United States. One of the few things that fans of the former POTUS love about him is how he plays dad to his daughters, his meme-worthy bromance with Joe Biden, and of course, his love story with wife Michelle Obama.

Remember the beautiful post that Michelle Obama wrote for their 25th wedding anniversary this year?

Clearly, Barack and Michelle are ‘The One’ for each other!

Considering their stellar relationship, you can be sure the couple would have some really great tips about love, marriage and finding ‘The One’. And guess what, that’s exactly the case!

Twitter user Amanda Litman shared an incident where Barack Obama offered some pretty amazing relationship advice to his Communications Officer, Dan Pfeiffer about how to make sure the person you’re in love with is ‘The One’.

Pfeiffer was supposedly moving in with his girlfriend and Obama asked him if he thought she was the one. Then, the former POTUS went on to share some pretty cool advice about marriage. It involves asking yourself three questions….

Question 1: Are they someone you find interesting? 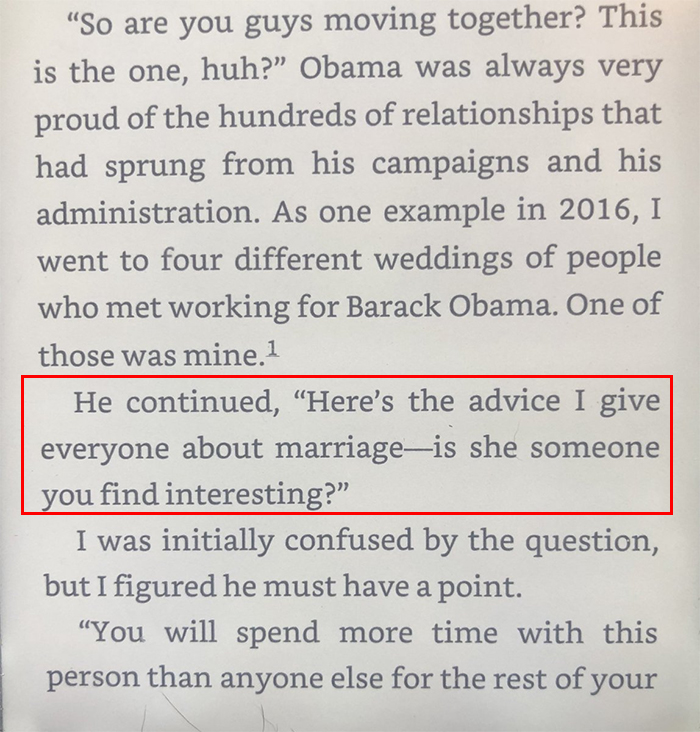 Question 2 and 3: Do they make you laugh? Will they make a good parent? 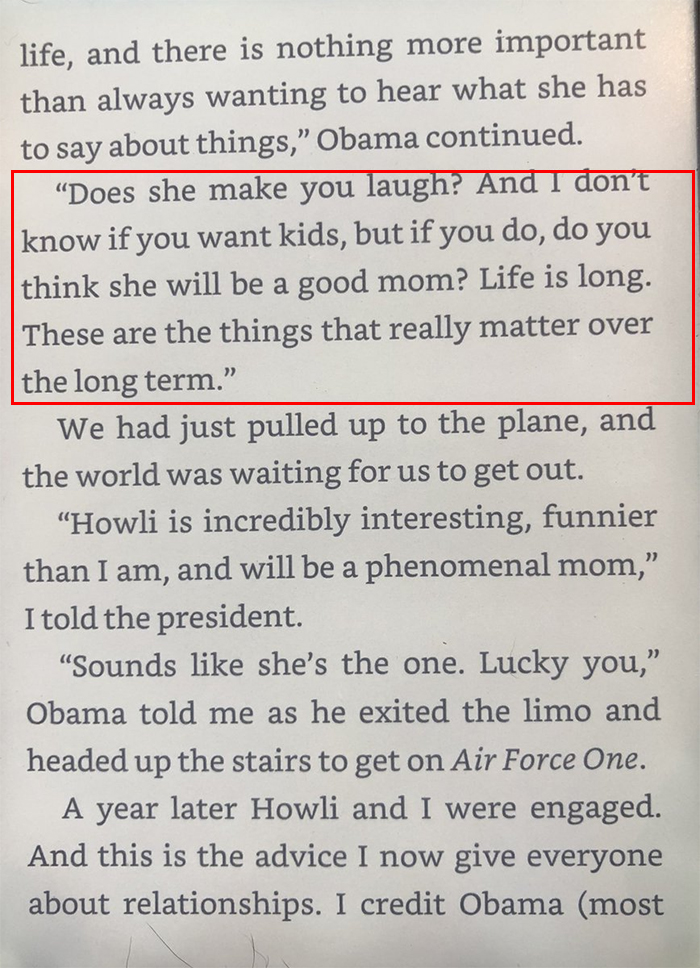 “Life is long. These are the things that really matter over the long term.”

And we couldn’t agree more!