Business magnate Elon Musk co-founded a neurotechnology company called ‘Neuralink’ with the aim to implant wireless brain-machine in people with neurological conditions like Alzheimer’s, dementia, spinal cord injuries among others.

Musk, who is also the founder of Tesla and SpaceX claims that the product will enable people with paralysis to use a computer or smartphone faster with their brain activity than someone using thumbs.

He also stated that the device charges wirelessly and is implanted into the skull.

The device is implanted flush with skull & charges wirelessly, so you look & feel totally normal

Recently, Musk gave the world an insight into his new technology and its work. Neuralink, which was founded around six years ago, officially released a video that featured a monkey implanted with the computer chip, reported The Indian Express.

A monkey is literally playing a video game telepathically using a brain chip!!

In the clip, the nine-year-old male Macaque named ‘Pager’ can be seen playing a classic game called ‘Mind Pong’ entirely using his brain. The California company claimed that Pager had Brain-Machine Interface (BMI) chips placed in each side of his mind around six weeks ago.

In the video, it would appear that the mammal is controlling the joystick and moving the digital ball from one paddle to the other using his hand. However, the monkey does it by habit, and the joystick has been unplugged from the device. He is effortless playing the game using entirely his brain waves.

In the video, a scientist could be seen interacting with the animal while his brain activity was decoded using an algorithm, reported The Sun. 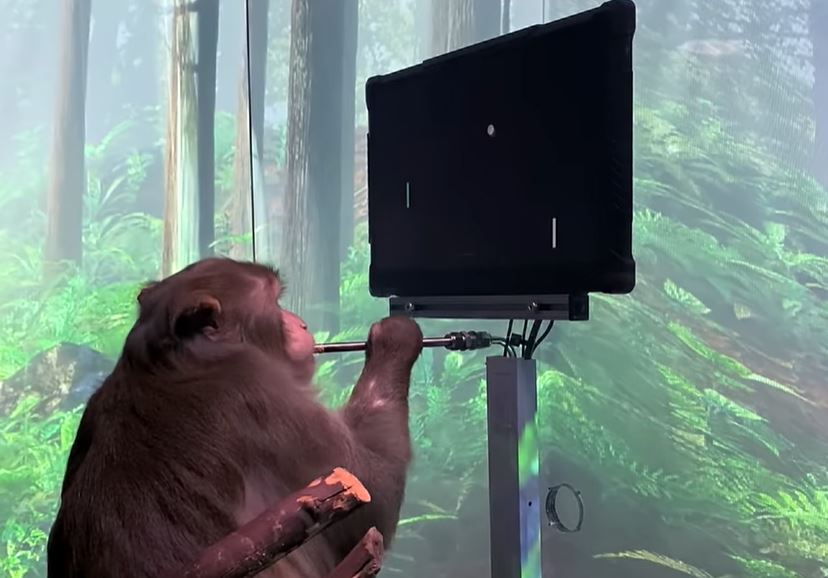 To control his paddle on his screen, Pager only thinks about his hands going up and down and it works. “It’s not magic. The reason Neuralink works is because it’s recording and decoding electrical signals from the brain,” claimed the narrator in the video.

A report by Economic Times says that Musk’s latest technology would stop humans from being outpaced by artificial intelligence which he predicts for the future.

Take a look at it here:

Back in August 2020, the innovator had unveiled a pig called ‘Gertrude’ with a coin-sized computer chip implanted in her brain with the aim to demonstrate to people his ambitious plans to develop high bandwidth brain-machine interfaces like this.

This is how people online feel about it:

Amazing. Early steps in the merger of human consciousness and artificial intelligence.

Elon Musk u have enlightened the public on the benefits of the “Neuralink product” but u left out the risks; Is it 100% safe cos research shows that human microchipping has certain disadvantages like data leaks, digital mimicry & also affects one’s health. Pls ensure it’s safe.

Congrats, this is pretty amazing. Super excited about the endless possibilities of neurological issues! Would be awesome if you could cure migraines or help find a cure with Neuralink 🙂

Awesome findings @neuralink At what speed the monkey is able to solve also complex problem. If this ability is based on consciousness mind, how about all learned and automated actions operated bt the subconscious mind? Here it is not telepathy but Bluetooth connection!

My dad has been paralyzed since before I was born and it would mean the world to see him walk for the first time!

This sure looks impressive, however, the company claims that there are still some challenges. What are your opinions on this?