A lot of us love playing Scrabble. We also love the fact that a lot of Hinglish words like jugaad, swachh, gyan, dhaba, pradhan and sidhuism have been added to the list of words that can be used in the game. But that is not to say that we’re not comfortable with big, English words.

However, one foreigner (from an English speaking country) who is a literature student thinks that Indians could never beat him at Scrabble without resorting to foul-play.

He thought he would easily beat his girlfriend’s Indian friend who is a Science student and accused her of cheating when she beat him at the word game. Later, his girlfriend pointed out that he was a racist. 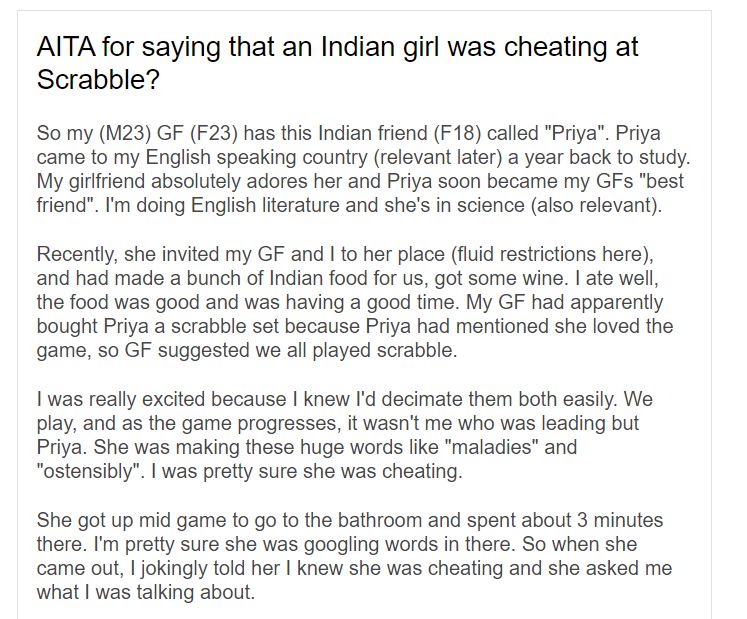 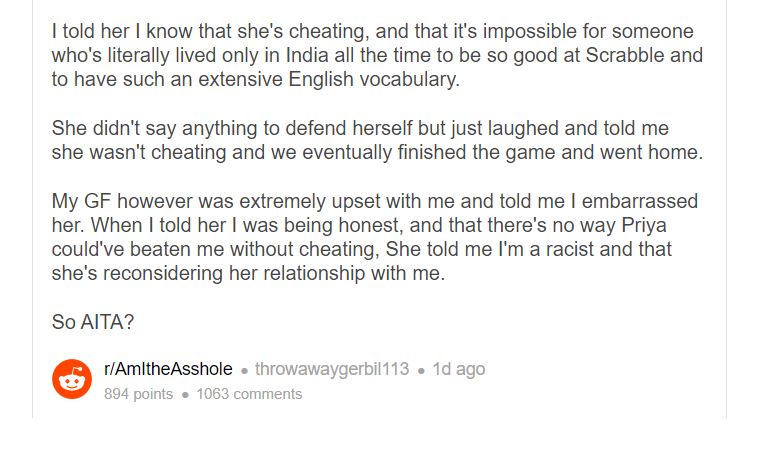 Twitter agreed with the girlfriend’s assessment of the situation as well as her decision to reconsider their relationship. A few even asked the man if he knew about Shashi Tharoor.

Wow, look at that, racism manifesting in assumptions about linguistic competence. Obviously this guy doesn't know that in India people are taught English from a young age and a lot of higher education there is taught in English. So ofc Priya could be good at Scrabble. 🙄 https://t.co/DR2pdld3RH

Going to courier a Shashi Tharoor to this man's house. https://t.co/TYhitmskzU

I'm not even dating this guy and I wanna break up with him https://t.co/0DNt80BUFB

Oh I’m sorry, was your fragile little ego hurt by the fact that not only was someone better than you, but that someone was female, younger, and English is their second language? https://t.co/kTBQ4wzQvB

Hope this incident makes him re-evaluate his racist beliefs.