Heineken® Silver’s Launch In Mumbai With Silververse Was Unlike Anything We Have Ever Seen!

A banger of an event in Bangalore. That’s the best way to describe Heineken® Silver’s brand launch in the garden city. From taking over the iconic UB Tower with awe-inspiring projection mappings to catapulting the GEN-Z from reality into the future with VR, it was pure awesomeness.

We couldn’t help but wonder out loud – “How is this even possible?” when we witnessed what Heineken® Silver did in Bangalore.

That was until we entered the Silververse in Mumbai.

If it was ever possible – it was bigger, bolder and better.

It took us a while to soak in what we were witnessing in front of us when we first landed at the venue. Imagine a behemoth-like structure with not one, not two but THREE massive Domes connected by futuristic tunnels. The Silververse Tri-Dome blended music, technology and stunning experiences.

It was every GenZer’s dream.

For a moment we thought as if it was a part of a Sci-Fi movie set. Vivid to the core.

First up was the 20-meter gaming dome with its striking visuals and immersive VR interactive games that fuelled the energy and had every GEN-Z’s adrenaline pumping. These experiences did not just blur the lines between virtual and reality but had it expunged altogether. Heineken®’s Silververse is the Matrix we all need…and deserve. Forget 3D, GEN-Z were experiencing games in a 4D environment. Football. F1. And Heineken® Silver’s very own VR games right at the centre!

Midival Punditz and Monica Dogra welcomed GEN-Z to the Music Dome where the audience went wild with their breathtaking performances and spectacular music. Calling this a mere launch event was a travesty. Because it was something much more than that – something no brand does.

The night’s highlight was the 40-meter mega-dome – the launch pad. If the projection mapping on UB Tower was a sight to behold, what we saw inside the dome amped it up to the next level. The audience was left spellbound as they witnessed the birth of a star – the all-new Heineken® Silver in Mumbai – that was projected onto a massive 6000-square-foot area using some of the most cutting-edge technology available in the world today! This was accompanied by 2 greats from the EDM Music scene. First up was the OG Dash Berlin who dropped the beat with his signature tracks and the crowd went into a frenzy. This act was followed by the insane theatrics of Wolf Pack who elevated the audience with collaborative long howls and distributed their own exclusive merchandise to keep them on their toes through the rest of the night. 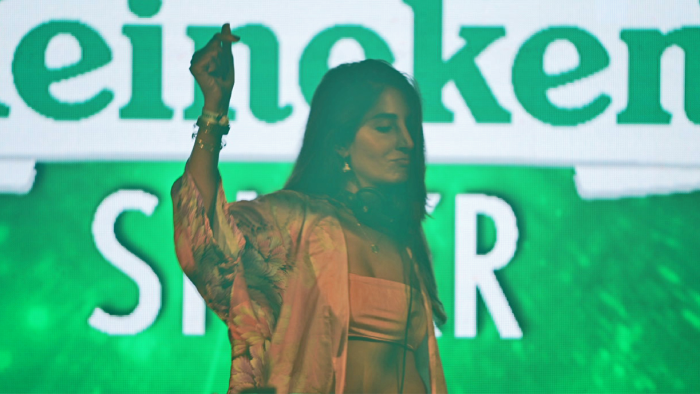 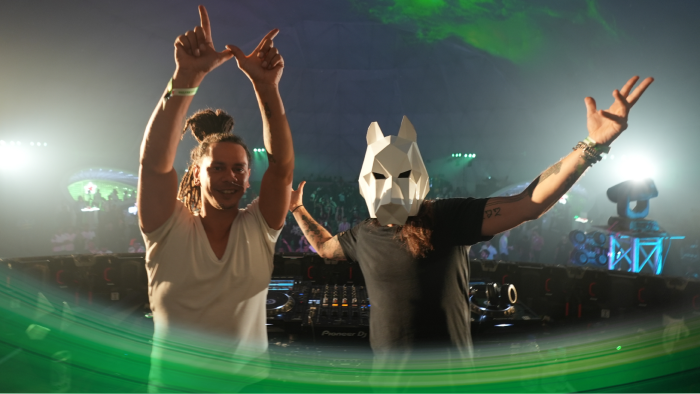 And how can one not dive into the real excitement of Heineken® Silver! For we entered the Star Zone, the holding fort right at the centre of the Tri-Dome where the scene was that GEN-Z’s could chill, re-energize with live music and experience the unexpectedly smooth. Bombay Bassment and Komorebi did justice by being the mood enhancer and keeping the GEN-Z crowd thirsty for more.

Feeling FOMO? Well, the word has it that the Silververse is on its way to Goa. And we recommend you to be a part of Heineken®’s Silververse. Hit Heineken® Silver up on @heineken_in on Instagram.