The Night King Spills Secrets About Shooting His Death Scene, His Bond With Maisie & More!

Seldom do you get a vicious super-villain who can scare the bejesus out of you, without even speaking a single word! The Night King from Game of Thrones came to his surprising end after an 82 minutes battle sequence. All it took was a teenage assassin with a Valyrian steel dagger saying “not today”! 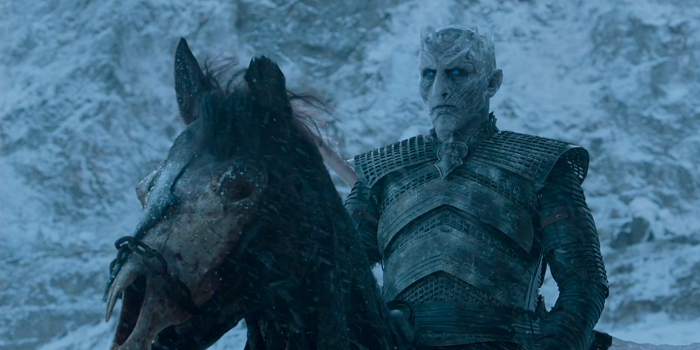 However, the man behind all that deadly prosthetics and makeup, Vladimir Furdik, is not quite what one would expect. He is, instead, someone who gives kisses to horses in his spare time!

My best friend from Malaysia

In a recent interview with Vulture, Furdik revealed that it took an excruciatingly long process to make him look that way. The fearful appearance of the Night King was a result of 6 freaking hours of makeup and 30 minutes of costume dressing.

Asking him what he would do during those long hours, he said, “Listen to music, chat with the people who do the prosthetics, and then I do, like, yoga. I cannot move. I sit straight.”

He revealed that his costume was earlier made out of metal which made him pretty uncomfortable to move. Later when he expressed this to the producers, they changed the Night King’s costume to leather.

One of the amazing scenes ‘Battle of Winterfell’ had was the Night King surviving dragonfire, and then smirking at Daenerys’ vain attempt at killing him. Got literal goosebumps right there! Furdik gave a pretty hilarious insight into the scene: “She would like to bully him, and it doesn’t happen. He throws the spear at her and I think he says, ‘Go away, don’t — I don’t have the time for you. You are not for me. I don’t need to fight with you, so go.’.”

Even details which seem insignificant, like the Night King’s walk, had to be done perfectly and hence was reshot a lot of times. In fact, director Miguel Sapochnik asked Vladimir to treat Bran like a piece of cake! 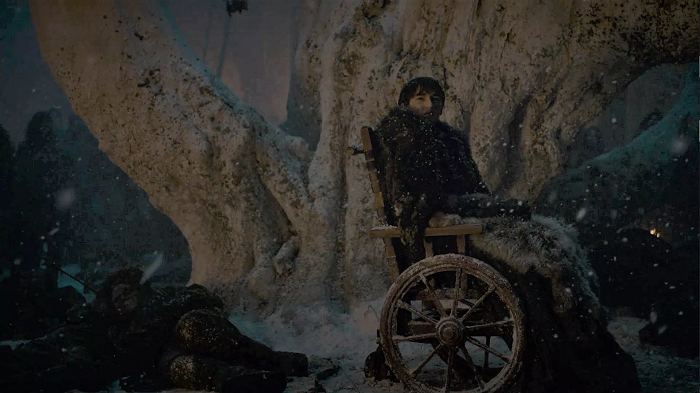 Vladimir said, “When I walk, you can see what Miguel said: ‘Don’t be a soldier. No. Just walk, confident. There’s a cake’.”

But Vladimir reveals that he was really sad when the Night King died. 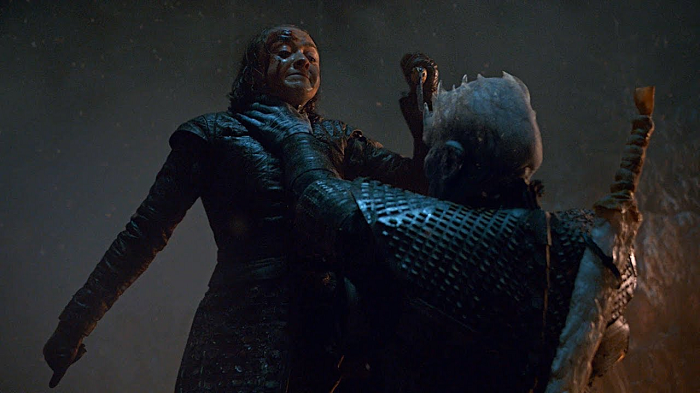 He admits that the awesome and totally cheer-worthy scene of Arya killing NK was rather a very difficult one to shoot. That one tiny scene had to be reshot multiple times.

“It was very, very difficult. We are very good friends. We know each other. It wasn’t easy for me to hurt her. When I grabbed her under the jaw, it wasn’t easy”, he said.

Fare thee well, amazing villain who gave us goosebumps every time he made an appearance on screen!

(All images were taken as screenshots from the episodes)