It’s been more than a month since the Hardik Pandya and KL Rahul episode on ‘Koffee With Karan’ aired. A lot of debate, controversies, and apologies have come and gone. You would think that the drama has come to an end and the world has moved on. Well, apparently not!

Recently, a picture has hit social media like a bomb and has gone viral. A girl amongst the audience at the stadium held up this banner addressed to Pandya at the second T20 international between India and New Zealand on February 8th:

Is she is a Fan or Hater of Pandya ? pic.twitter.com/P3vGD7rSXV

With the words “Pandya Aaj Karke Aaya Kya?” she hilariously trolls Pandya for his downright misogynistic statements which were made on the show!

Just to catch you guys up, Hardik Pandya had received tremendous backlash after his KWK episode for making controversial sexist comments. 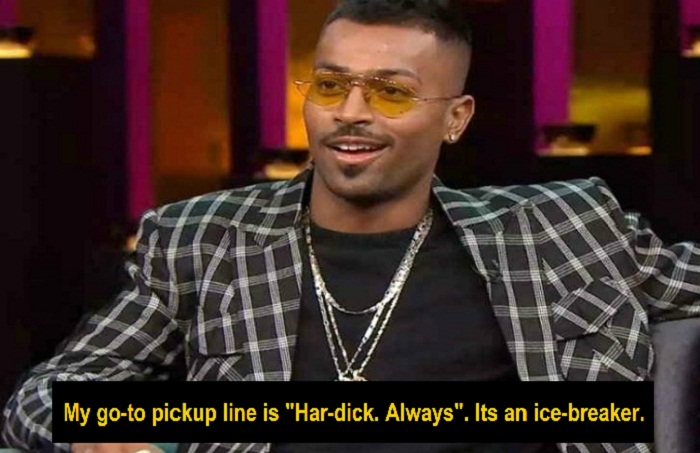 Here’s another video of the girl holding the banner which is making rounds on social media!

The BCCI might have lifted the ban on the duo with immediate effect, but seems like they cannot be saved from the offended audience!