Elephant Scales A 5-Foot Wall In Search Of Mangoes, But Finds None, Watch Video

Craving for favorite food can make humans go far and beyond. We have been there and done that, for sure! But to get our hands on our favorite food either during the day or at midnight is not a herculean task for humans. You either gotta reach out to your fridge or phone to order food online.

But it’s indeed a big deal for animals! Unlike humans, they need to move out, wander in the woods to find their favorite food. And so did an elephant in South Lungwa National Park in Zambia. 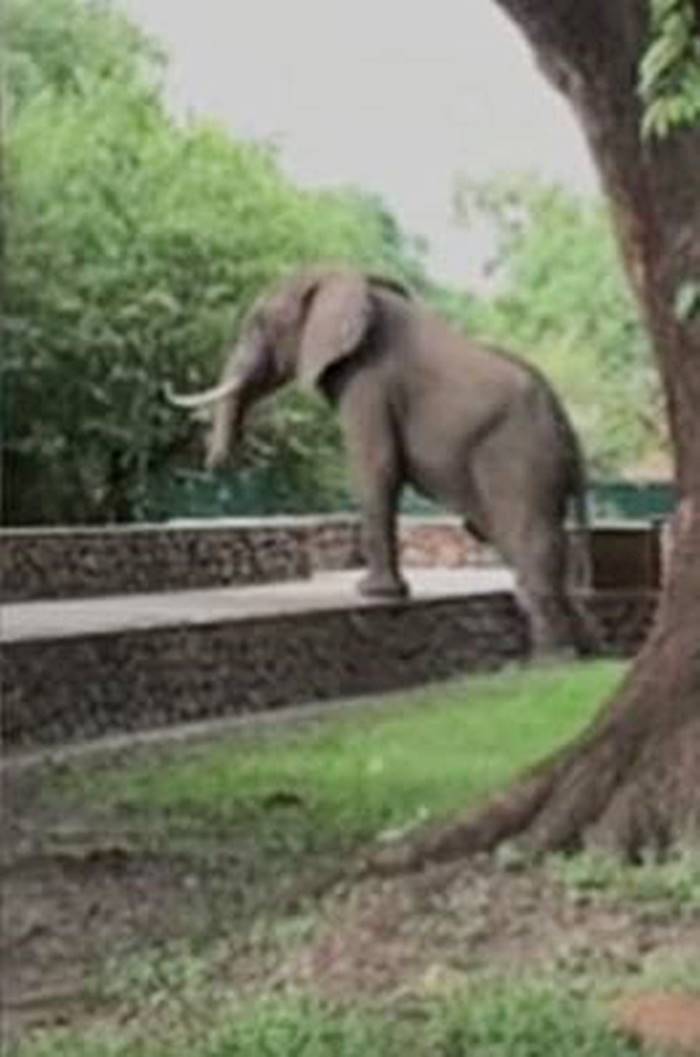 The giant mammal roamed around the lodge area of the national park in search of mangoes, reports News 18. The lobby area of the lodge which normally remains open is often visited by the family of elephants but this time, the elephant wanted to have mangoes from the nearby trees.

Accordingly, the animal climbed a 5-feet tall wall in an attempt to reach the mangoes. But unfortunately, it couldn’t find any as they are not in season at the moment.

The entire incident was caught on camera by Andy Hogg, managing director of the Bushcamp Company. It was certainly a sight to behold. The visitors too did not expect the jumbo tusker to climb a wall in a bid of finding mangoes.