Very few people set out to accomplish great feats, and in the process achieve so much that their life becomes a guidebook for future generations to achieve greatness. One such person is Dr. Seema Rao, and her achievement list doesn’t seem to stop.

We chronicle her journey from a freedom fighter’s daughter to India’s first and only female commando trainer.

Dr. Rao was born to a freedom fighter, Professor Ramakant Sinari, and she quickly rose to the job of defending her country, attaining a degree in conventional medicine and a MBA in crisis management. 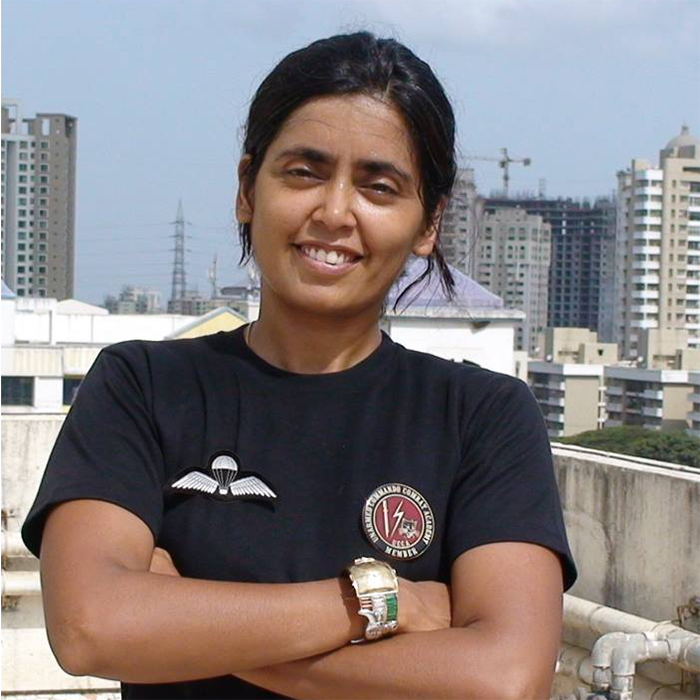 Some of long list of achievements include a seventh-degree black belt in military martial arts, a medal from the army mountaineering institute HMI, and a finalist spot in the Mrs. India World pageant. She has also been a professional scuba diver and has been the author and co-author of at least half a dozen books. 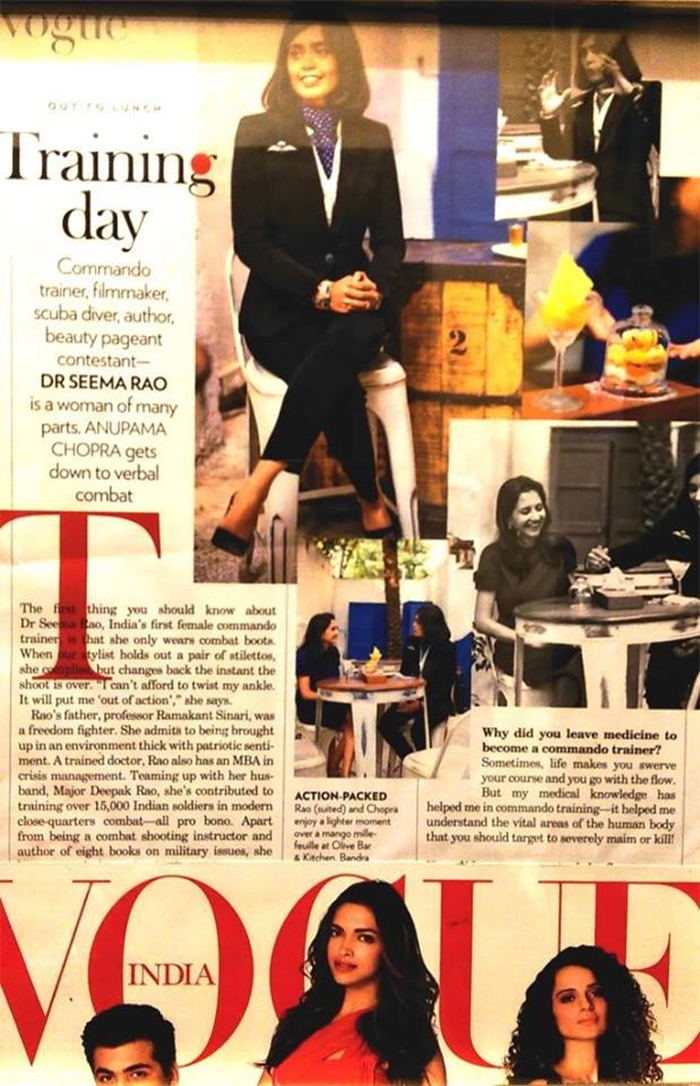 Dr. Seema Rao and her husband Major Deepak Rao together have trained every Indian elite armed force for over 18 years WITHOUT COMPENSATION and have also started the Unarmed and Commando Combat Academy (UCCA). 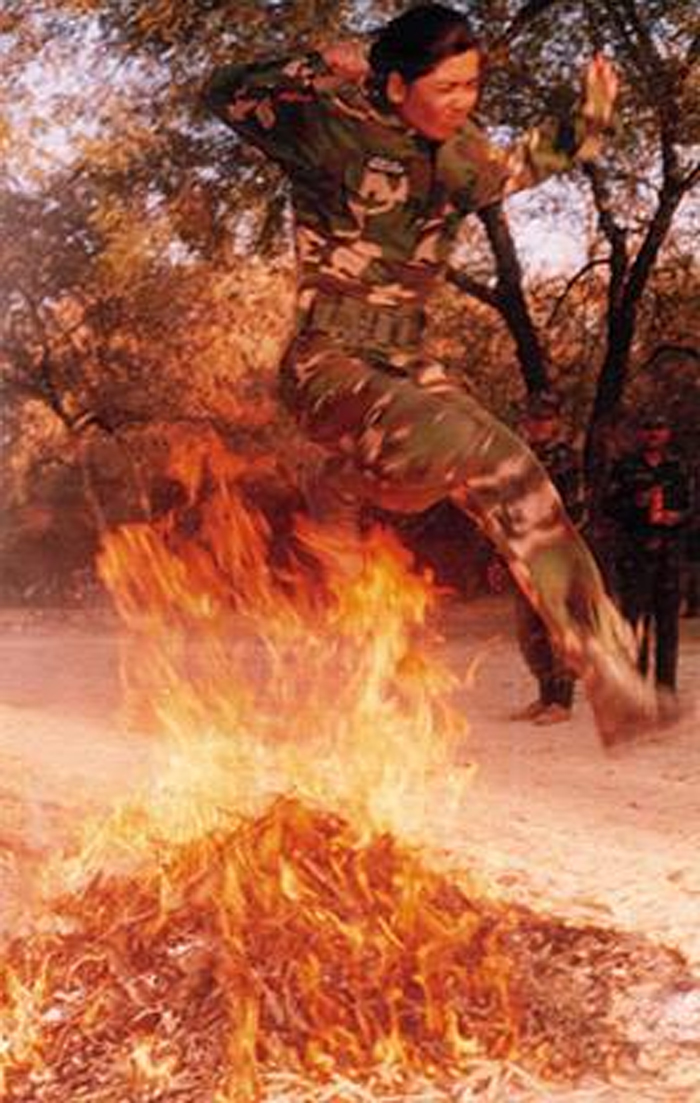 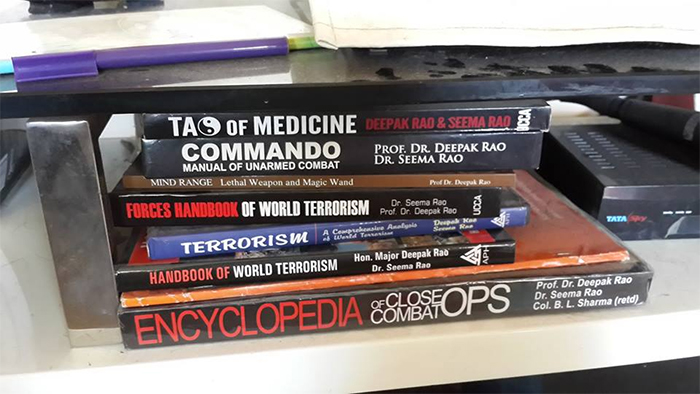 Dr. Seema Rao was influential in modernising close quarter combat shooting and unarmed combat. Her revised methods have earned her a patent, and they have been inculcated in the army. Some of the special forces she has trained over the course of her career are the Para Special forces, Commando wing, Corps battle schools, Academies & Regt centers, Navy MARCOS marine Commandos, NSG Black Cat, Air Force GARUD, ITBP, Paramilitary, and various Police units of 16 states.

Dr. Rao is also one of the very few people in the world who are authorised to teach Jeet Kune Do, the martial arts developed by Bruce Lee. 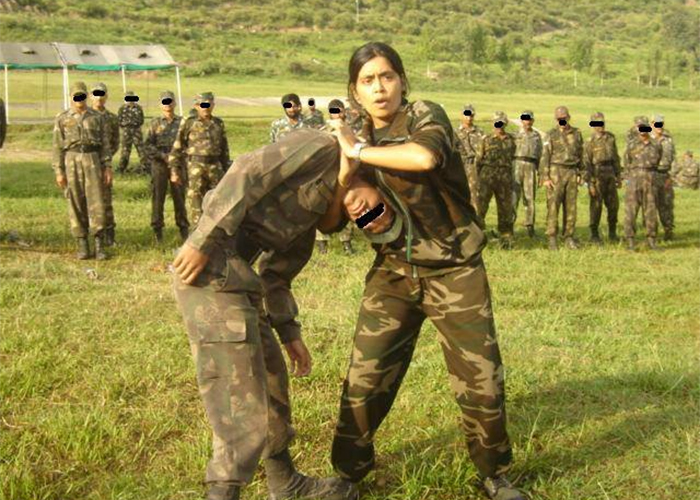 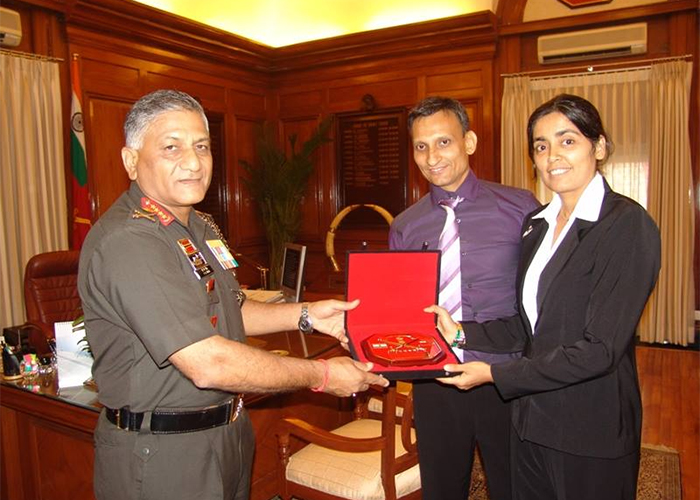 She has trained under Grandmaster Richard Bustillo who was one of Bruce Lee’s students in Jeet Kune Do. She has since become a pioneer in unarmed close quarter combat, and she continues to train soldiers to this day, without monetary compensation.

For her services, this multifaceted personality has received various awards such as World Peace Award by World Peace Congress, Malaysia awarded by the Prime Minister of Malaysia for contribution to the country in 2008, US President’s Volunteer Service Award, three Army Chief Citations, and over 1000 felicitations from the Indian Government. 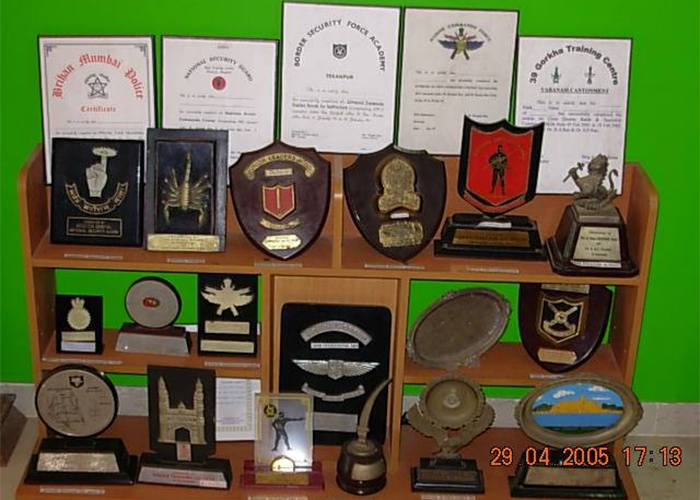 Such women serve as role models for every young soul in the country and the world.