Remember the time when watching ‘Cartoon Network’ brought a special kind of joy to our faces? When ‘Scooby-Doo’ was the best detective series on the planet. And ‘Johnny Bravo’ was our favourite womaniser. The name ‘Dexter’ brought to mind the boy genius with a secret lab instead of a blood-stained psychopath. And ‘Courage the Cowardly Dog’ was the scariest shit you’d ever seen!

A 90s kid will remember.

Here are 21 quotes by these iconic cartoons from the 90s which will take you back to those fond times:

4. I always wanted his omnitrix.

5. C’mon, tell me I’m not the only one who read that with a Fred Flintstone voice.

7. Didn’t realise this show was so dark. 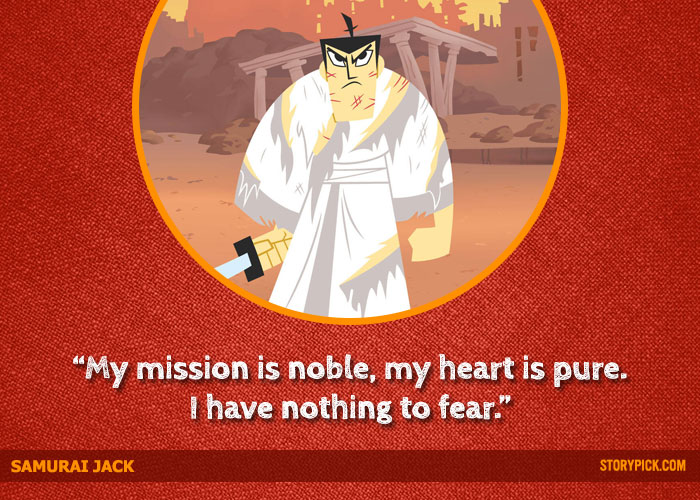 12. I fondly remember these two as ‘Bade Meow’ and ‘Chhote Meow’

13. This show gave me nightmares!

15. I remember this line. Made me think twice before throwing stuff away.

16. Now they’re played by actors, but in the 90s animators made them real for all of us.

17. This show had a lot of powerful dialogue and KAMEHAMEHA!

18. Cute show, a few of my female friends were fans.

20. Maybe I was the only one, but I always screamed along when he said this line!

21. Inspirational. Some of these shows definitely are worth a re-watch to find hidden gems like these.

I think many of these quotes make much more sense after we’re all grown up. Maybe it’s time for a trip down memory lane? This weekend, I’m gonna go on a Samurai Jack binge!