Big B Says Cricketers’ Daughters Should Form Their Team, Gets Slammed For Promoting Nepotism

Sharing why he thinks so, Big B tweeted a screengrab, that looks like a WhatsApp forward, listing all the Indian cricket team players who have been blessed with a baby girl, right from Suresh Raina, Gautam Gambhir to Harbhajan Singh, Umesh Yadav among others. 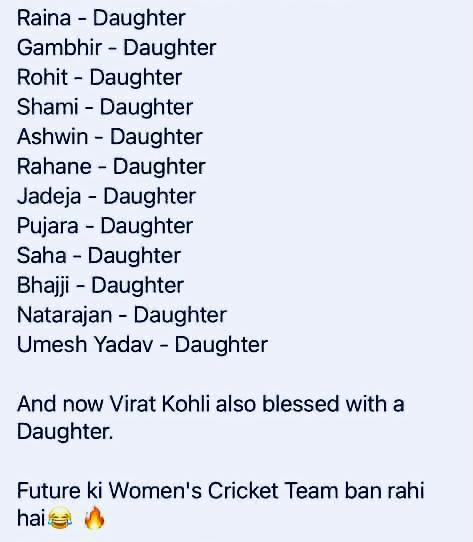 In his tweet, he also highlighted that even our ‘helicopter shot’ specialist M.S. Dhoni has a baby girl adding that she might be the captain.

"… and Dhoni also has daughter .. will she be Captain ? 🙏'' pic.twitter.com/KubpvdOzjt

Well, as soon as the ‘Mahanayak’ shared his observation, people couldn’t resist but comment on his tweet. While some slammed him for suggesting that there’s nepotism in cricket, others wondered how Hardik Pandya’s son would be feeling now. Some even suggested he stops forwarding WhatsApp forwards.

You want have nepotism even in cricket? This sports where only talents speaks unlike bully wood (bollywood)

With due respect, it’s a National cricket team. The players, whether men or women, are selected based on their talent. Selection is not done based on who is their father or mother. Kindly, don’t confuse it with Bollywood entertainers and Nepotism🙏🏻

Meanwhile Hardik Pandya’s Son realising he is the only boy in the Squad! pic.twitter.com/0a1u8oCui2

Clearly, Big B’s humour didn’t go well with a lot of people online. What are your opinions on this?