I’ve said this before and I’ll say this again, the reel world has the power to influence the real world. And television serials are something that is watched in homes across the economic, social, and cultural spectrum of our society. So, if we want solid changes in our society and want it to progress, become more inclusive and more sensitive towards issues like mental health, sexual assault, physical abuse, etc. having more intelligently made TV serials is a good way to start.

TV serials, for years, have had the sole purpose of creating drama. The more, the louder, the better. And this often came at the expense of a character’s dignity. However, the Rupali Ganguly starrer ‘Anupamaa’ is like a breath of fresh air. 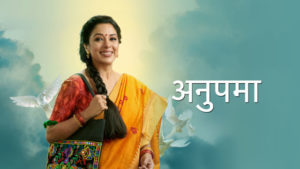 It not just tackled infidelity, regressiveness of an Indian household, patriarchal conditioning and a woman’s emancipation from all of it and her journey towards self-realization and freedom, but is now also handling the topics of depression, physical abuse-induced trauma, and domestic violence with the same sensitivity.

A recent episode showed a character named ‘Malvika’ go on a downward spiral after having been triggered at a potential sight of domestic violence. Malvika, who is otherwise bubbly, always smiling, and ‘jhalli’ as her brother Anuj would call her, has been a victim of domestic violence herself. 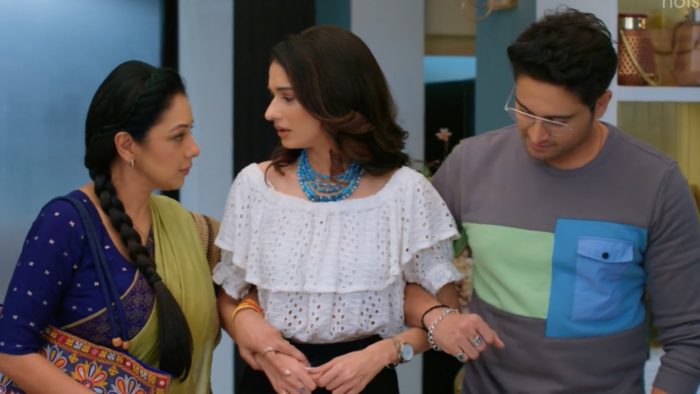 Now, I’ll not go into the details of the story. But the show, in my opinion, was successful in showing how a happy face doesn’t guarantee happiness. You never know what a person is going through within. They didn’t have to explicitly show the survivor being hit to make a point.

Also, brownie points for not attempting to make Anupamaa appear like a therapist. There was no gyaan thrown on the survivor on how to handle/overcome depression. Instead, Anupamaa just sat and tried to calm her down silently with what she knew best at the time – physical touch. 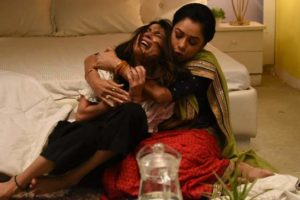 It was honestly so refreshing to see Malvika not being victim-shamed and ridiculed and Anupamaa not being ‘I’m the savior of all’. And several followers of the show took to Twitter to express their emotions and laud the show for moving in the right direction. Have a look:

the highest rated show on itv is talking about abuse, mental health and consent, 2022 is here

i hope this sparks the much needed conversations at home and online#Anupamaa pic.twitter.com/N0PM1oJiJ7

We turn a blind eye to miseries cause we are afraid to admit that we made a wrong choice.

The choice to ignore it is a MUCH bigger mistake than making it.#AnujKapadia is SO RIGHT~ our inability to confront the result of our choices is the root of all the pains😢#Anupamaa pic.twitter.com/ueKuf4bNOb

Single ITV show who actually deserve the highest trp, it's a bitter truth of our society that woman get raped mentally in her own home by the people she loved the most, maximum womans never utter a word against this demons bcoz of society fear and kids future #Anupama https://t.co/hcFRq6iUIj

#Anupamaa it gives the message that physical and mental torture must not be tolerated . It's not necessary ki ye abuse ko sehen Karo aur samaaj mai so called successful marriage dikhao! Makers are portraying it rightly https://t.co/0ubCBVSIDn

Kudos to team Anupama
Here in our country, it's been instilled since childhood that Husband is GOD or Pati Parmeshvar and girls are usually told whether it's right or wrong, we'd to give in the demand of our partner https://t.co/NWksS5eaHd

RAJAN SHAHI SIR,THE WRITERS ,THE CREW ,THE WHOLE TEAM OF #Anupamaa .. TAKE A F*UCKING BOW HERE TO SHOW SUCH TYPE OF PROBLEMS IN AN ITV WHICH MOST OF THE INDIAN HOUSEHOLDS ARE NOT EVEN AWARE ABOUT ESPECIALLY IN SOME RURAL PARTS OF INDIA.. IT'S RARE.. KUDDOS#AnujKapadia #Anupamaa https://t.co/VVfrxPhHy9 pic.twitter.com/jsrGv7fyhV

I don’t watch this show but I always notice that this show often talks about important social issues. I really hope ppl understand that this is a very important issues that needs to be taken care off https://t.co/vvkI1niJSY