If you’ve spent some time on Twitter, you would definitely recognize the name “Ramesh Srivats” – probably one of the funniest Indian on the Internet today. He’s an entrepreneur who shares his hilarious thoughts on politics, sports, cinema (& probably anything that’s in the news) in just 140 characters.

His tweets are witty, sarcastic and downright hilarious. Don’t believe us? Decide it yourself: here are 30 handpicked tweets that will surely leave you in splits.

4. Would you dare to stand in front of Salman?

5. The Brazil vs. Germany match 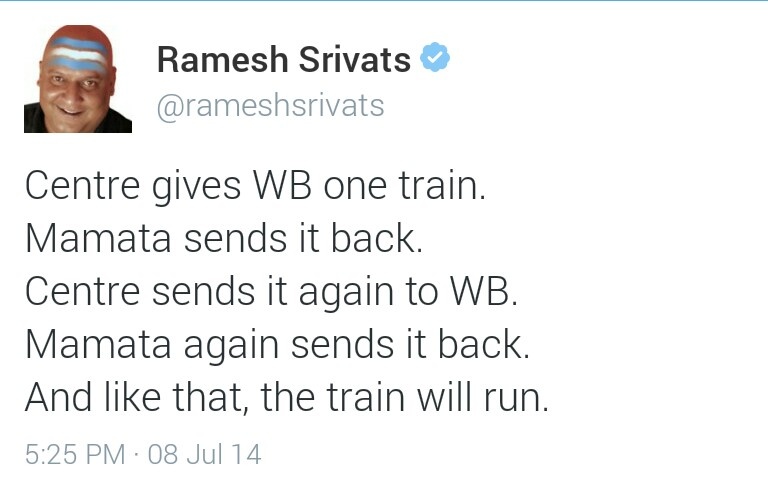 14. This was when Sachin first became a member of Rajya Sabha

15. On our beloved IRCTC 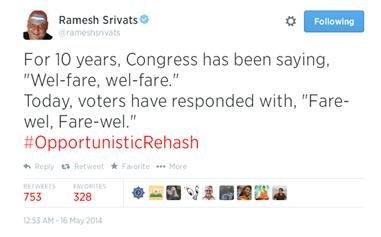 19. On Arunachal Pradesh and China

20. Pepe getting Red card during a match

22. Congress debacle during the elections

24. Delay in the Italian Marine case 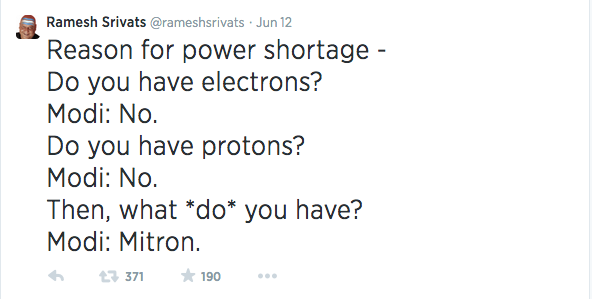