Home Entertainment YouTuber Creates Car That Can Be Driven From The Outside, Netizens Ask...

During the industrial revolution in the 1700s to 1800s, people invented a lot of things. A major reason was because of the necessity to make our lives easier. And another reason was because there was a huge scope to introduce new concepts. However, most modern inventions can be summed up as a reiteration of older concepts. But is that stopping people from creating new (mostly useless) stuff? Absolutely not.

A YouTuber who goes by the name of Master Milo created a really unique car right in his backyard. It’s specialty is that you can drive it from the outside. 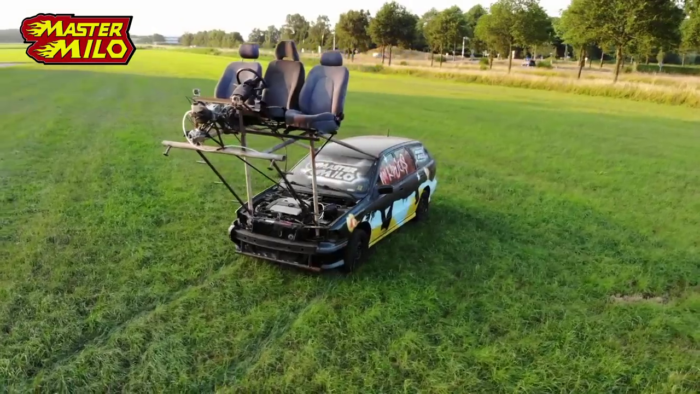 Although it sounds bizarre to you, Master Milo’s followers are used to his crazy inventions. He has previously made a tumbling car, a vehicle that looks like the child of a bike and a car and buggies. So, a car that can be driven from the outside is in keeping with his niche genre of vehicles. 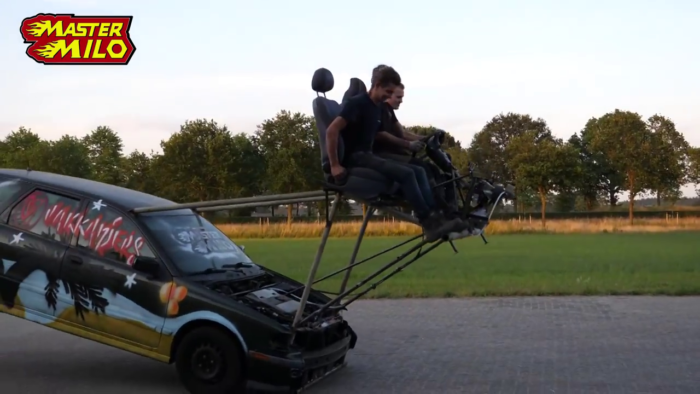 Now, if you’re asking what’s the practicality of driving a car from the outside when the whole point of driving a car is to have a vehicle with a roof? Well the short and long answer is, it’s completely impractical. It leans forward dangerously and offers no protection. But hey, if you wanted to try something different, go ahead and ride Master Milo’s WipKar 2.0.

You can watch the test-drive here:

Netizens were understandably confused by Master Milo’s car and they reacted hilariously.

Because sometimes you want to kill yourself but just aren't sure how.

It’s all fun and game until… pic.twitter.com/ReONtAtcJe

6. Good luck with that, Master Milo.

he he he he pic.twitter.com/64ecgBXiTP

Is this me or is the epitome of stupidity https://t.co/seTLOmgbyC

Nope. Can’t see anything going wrong with this. Go get em guys https://t.co/3ImePRj7kn

What a time to be alive https://t.co/ZSMgpY0IhH

12. You’ve no idea how many crazy people are there in this world.

…which is a thing no one in the history of the world has ever asked for. https://t.co/kL29le0WNc

So you just get whiplash everytime you stop? https://t.co/ryvluFvuth

And at the wire, we have a new winner for the dumbest thing I’ve seen this week! https://t.co/Dwu1GuHZzD

People’s brains are meant to make ideas and many people aren’t capable to make them a reality. So, it’s good to see that at least someone is making their dreams come true. However, it’ll be great if Master Milo could just keep his inventions to himself or take better precautionary measures before opening his out-of-body car experience to the world.