WhatsApp For Android Gets Fingerprint Unlock Feature After Security Breach, Here’s How To Enable

The instant messaging application, WhatsApp has put its fingers on hackers and has decided to up their security game after revelations of a security breach. WhatsApp was quick to detect a hacking spree through which hackers broke into the phones of its users across four continents, reports News18.

After reports revealed that WhatsApp was exploited to spy on over 1,400 individuals, the instant messaging platform rolled out the fingerprint unlock feature for its Android users.

Starting today, Android users can add another layer of security to their WhatsApp messages with fingerprint lock. 🔒 Learn more about how to enable the setting here: https://t.co/biwzjhTwop pic.twitter.com/mVDoE4gurk 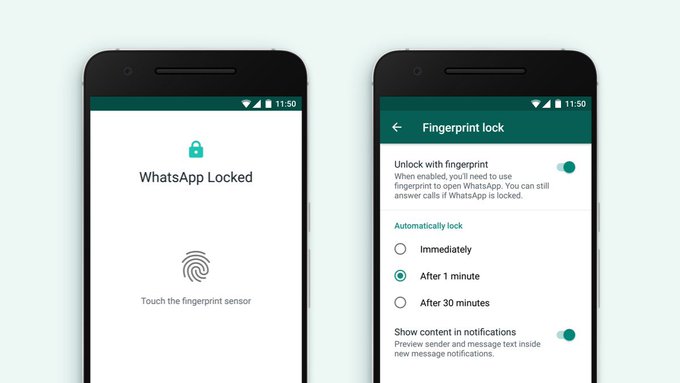 Although fingerprint authentication was first made available to beta Android users, it’s now available for users other than beta too.

Here’s how you can activate the new lock feature on your Android smartphone:

You first need to update your application to enable the new feature.

Step 1: Open WhatsApp and tap on three dots at the top right corner

Step 3: Turn on the toggle for fingerprint lock

Step 4: Verify your fingerprint when prompted

Step 5: You can choose the automatic lock time span from immediately, after 1 minute, and after 30 minutes

There you go. Your WhatsApp chats are now secure and can only be accessed by scanning your fingerprint. The new update helps people to keep their chats private.

NOTE: There’s no secondary method to unlock any WhatsApp account if the fingerprint feature is switched ON.