Which place is a young prankster’s paradise? No need to scratch your heads so hard over it. What could be a better place than school, college or tuition class? There you get full blown opportunity to attempt those pranks on others and find out which fares well and which doesn’t. But it is never quite nice to be pranked upon. Sometimes, you feel so clueless as to why is everyone laughing so hard and you begin to question yourself as to what did you do?

Just like this teacher who was pranked by his students into calling out Mia Khalifa’s name. 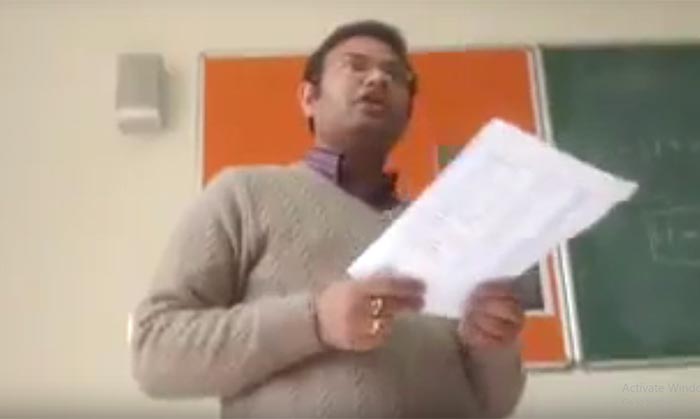 You know who Mia Khalifa is, don’t you? Her.

Still all smiles because IM IN ROLLING STONE MAGAZINE! Link in my bio to read the article 😄😄😄

A webcam model who gained success as a pornographic actress from 2014 to 2015.

Some notorious students while signing the attendance sheet added Mia Khalifa’s name to the list.

And, when the teacher was carrying out his duties and called out her name next, the whole room was filled with uproarious laughter. But, he was clueless and his reaction was epic.

The reason for him being chill about it could either be that he didn’t know who she was or must’ve had a student by that name in his class. Whatever be it, we are wowing his epic reaction and laughing (not as much as the students, though).