Home People 9 Real-Life Friendship Stories From Around The Globe That Will Move Your...

When Earth saw the dark cloud expanding out of sadness, it smiled a little and consoled him saying,

We all have had our share of memorable times with our best friends, times that we continue to cherish in small doses of remembrances until we meet up again to make some more. And following are some of the most beautiful and utterly heart-warming friendship anecdotes from around the globe that will last in the memory banks of the people involved, and continue to cherish them, FOREVER.

1. 40 Year old Elizabeth Diamond, who was diagnosed with an untreatable brain cancer, made her childhood best friend Laura Ruffino promise that she would take care of her 4 daughters after she dies.

A promise, that Ruffino did not fail to keep.

Today, Ruffino and her husband, are busy taking care of Lily, Ella, Samona and Tara, with full heart and devotion.

2. Gerdi McKenna was diagnosed with breast cancer and as a side-effect to chemotherapy, she lost all her hair.

To support her, her 11 friends went under a drastic transformation and got their heads shaved.

A big-hearted Casey, defying to leave the cubs to die, brought them with him. While one of the cubs could not make it, the other one, whom he later named Brutus, grew up to become his best friend for life.

Brutus grew up to become an integral and unlike others, a fuzzy part of his family. He apparently enjoys swimming in his pool, and even attends Thanksgiving family dinners.

So much so, that he was also the best man at Casey’s wedding with the actress Missi Pyle :’)

4. This little-known story of care and genuine friendship shared between Bollywood’s very own Raj Kapoor and Hrishikesh Mukherjee 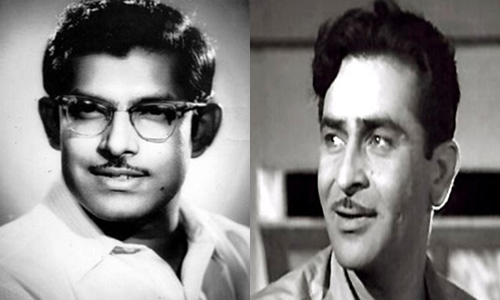 At one point of time, Raj Kapoor had fallen severely ill, and the plight of his friend worried Hrishi Da so much that he started fearing for Raj Kapoor’s life. This instigated Hrishi Da to write the script of Anand, the movie that he eventually dedicated to Raj Kapoor.

He also dedicated the movie to Bombay, the city which gave direction to his dreams.

5. The time when Nazi and American soldiers enjoyed a quiet Christmas dinner together amidst World War II

A mother and her son who were all set to savour Christmas dinner together were taken aback when American soldiers knocked at their door. The soldiers were armed, wounded and in a way, were willing to sink their hatred into a quiet Christmas eve. It goes unsaid that harbouring enemy troops was the most dangerous thing that the German citizens could do back then. The mother, however, did not think twice before letting the soldiers in and tended to their wounds.

But the tension grew deeper when the door knocked again. And this time it was the Nazi soldiers at her door. Fearing little bit over what lied ahead, she shook her thoughts and tried to focus on the right thing to do. She demanded both sides to hand over their weapons to her and to indulge in no killing that night. The soldiers agreed and what followed on, was perhaps a peaceful Christmas dinner.

But the story of this rare friendship did not end there. In the morning, when the American soldiers recovered from their injuries a little bit, the Nazi soldiers showed them the directions back to their quarters and gave them tips that could come in handy to avoid the Nazi captured areas.

6.  A bunch of fifth-graders stuck up for their fellow school-mate battling learning disability and gave him a dose of much-needed support and real friendship

James Willmert battles learning disability, is adopted, and lost his second father to a tragic accident. Once, a bunch of fellow fifth-graders saw James getting bullied in the school playground by his classmates. Jack Pemble, Jake Burgess, Gus Gartzke, Tyler Jones and Landon Kopischke teamed up, protected James, and gave him the gift of something that was completely missing from his life, a real friendship.

When James became a regular part of their fun get-together sessions, they came to know that he too shared their love for sports. They even chipped in some money to buy him Playstation 3.

This act of true friendship and kindness garnered media attention, and James in appreciation of his beautiful friends was quoted as saying, “All these guys are the best friends anybody could ask for.”

7. Siri (the virtual assistant feature in i-Phone) is the best friend and a polite teacher to a young autistic boy named Gus

Conversations with Siri teaches Gus a thing and two about politeness and, about how it is totally okay to have an opinion that is not welcomed by the society at large. She is, by far, the only friend in Gus’s world that accepts him totally without any judgments. In fact, she is the one who got him to open up and talk. One of the conversations between Siri and Gus, at one point, melted Gus’s heart and toned him down a little:

Gus asked Siri about some music suggestions, and when she gave her some, he snapped and said, “I don’t like that kind of music.”

At which, Siri, being a polite and friendly virtual assistant that she is, replied, “You’re certainly entitled to your opinion.”

It mellowed down Gus a little bit, and softly he replied, “Thank you for that music, though.”

8. This heart-warming tale of friendship between a World War II veteran and a toddler, who played together all the time.

They were always up to something playful together. But, it was all dandy until Emmett’s parents decided to support their growing family in a bigger house, at some place else. And around the same time, Erling’s kids also asked their soon to be 90-year-old dad to move to a senior apartment with his ailing wife.

A decision that broke Earling into tears.

9. A high-school (straight) boy proposed his gay best friend to be his date for the prom night and it turned out to be one of the most epic friendship stories ever

It was the prom season in the high school, and feeling kind of regretful and sad over the fact that he did not have any date for the prom night, Anthony Martinez (who, by the way, is gay) put his feelings up, on a social media platform. His straight best friend, who too did not have any date by that time, read Martinez’s comment, and what followed next was one of the most touching promposals ever!

Have you ever come across such angel of friends?