Some of the greatest actors the Hindi Film Industry has offered us have had tremendous fan following who worshipped them for their movies. Raj Kapoor, Amitabh Bachchan, Rajesh Khanna, and other such famous names sparked what is now called the “fandom”. Then came, like a hurricane, Shah Rukh and Salman Khan. The Karan Arjun of Bollywood has seen the kind of fan following very few from the coming generation will ever get to experience. However, Ranbir Kapoor seems to have begun making strides in that area.

Ranbir, who has many critically acclaimed roles under his sleeve, recently came across a fan who greeted him by touching his feet. A video of the incident has gone viral where the fan can be seen coming to him bearing gifts and sitting on the floor next to him while Ranbir sits on a sofa.

The video, however, has been gaining a lot of attention for all the wrong reasons. There are some who have been disapproving Ranbir’s behavior towards the fan questioning why he didn’t stop the fan from touching his feet. 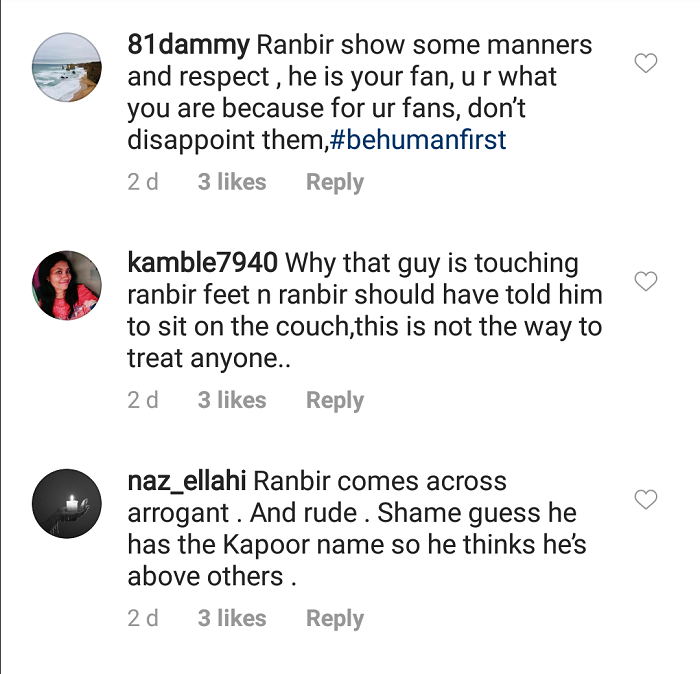 But there have been many who sided with Ranbir, pointing out how he spent some alone time with the fan and spoke to him humbly – something which B-Town biggies seldom do. 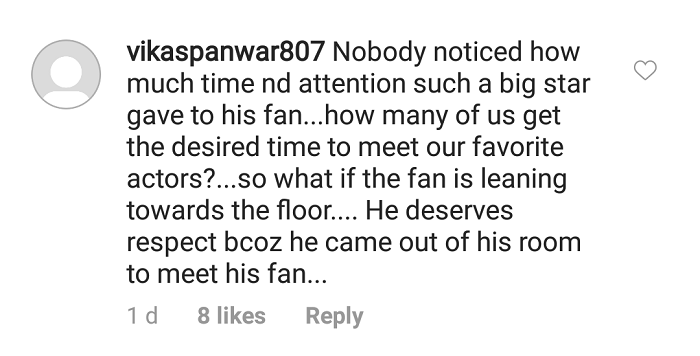 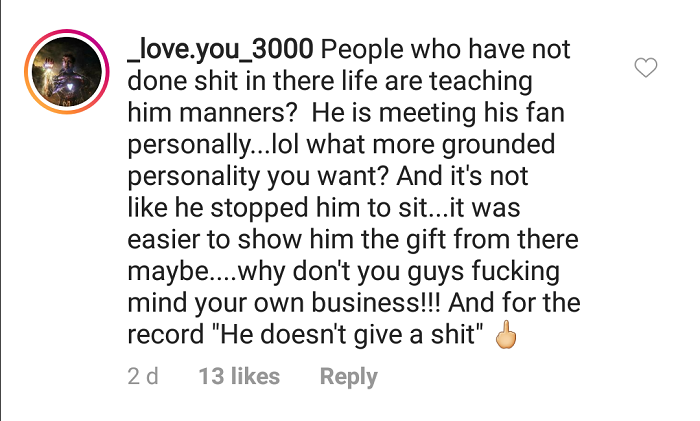 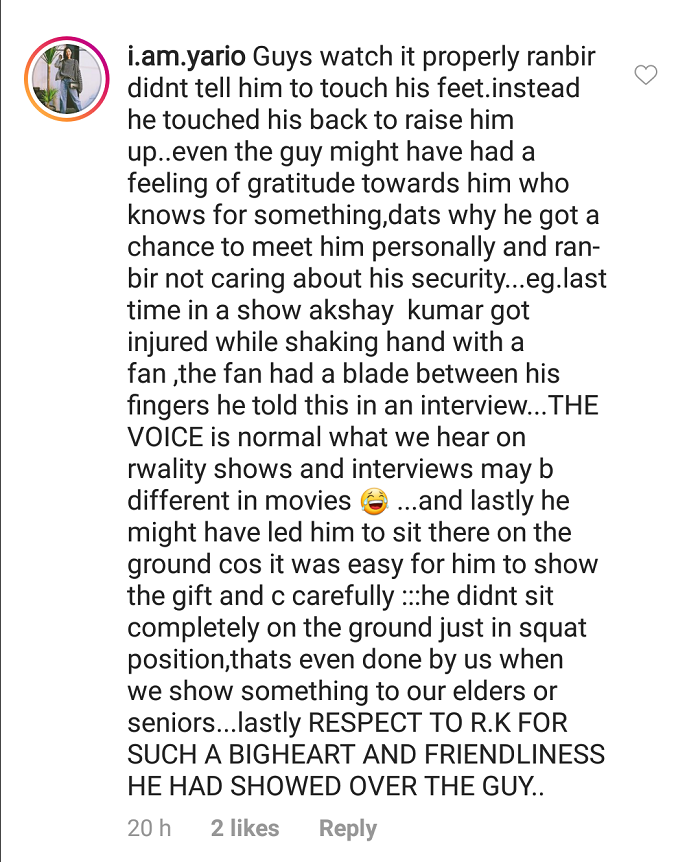 What do you guys think – is Ranbir arrogant for letting the fan touch his feet or was he humble to spend time with him? Let us know!