In 2004, Parthiv Patel Tried To Sledge Steve Waugh. But It Backfired Hilariously.

At an age when many promising future cricketers start training in earnest, Parthiv Patel became Test cricket’s youngest wicketkeeper when he wore gloves for the first time. The baby-faced wicketkeeper, 17 and little over 5ft tall at that time (he’s grown an inch or two since) showed fighting spirit with the bat but failed to live up to expectations.

He played the game in all seriousness. But this hilarious moment on the cricket field will crack you up and you will literally roll on the pitch, laughing.

One of cricket’s most adored sons, Steve Waugh was playing his final Test match at the Sydney Cricket Ground (SCG).

With the series tied 1-1 going into the fourth Test, India declared almost at the closing stages of Day 4, giving Australia an improbable 443 to win in just over 90 overs.

Walking out to bat at his usual three-down position, the epitome of the Australian never-say-die aggression, chewed his gum and tapped the surface with his bat as chants of “Steve Waugh…Steve Waugh” started to ring through the SCG.

It was during this time one of the most hilarious sledging incidents transpired.

Parthiv, just a new entrant into International cricket, reportedly told Waugh from behind the wickets: 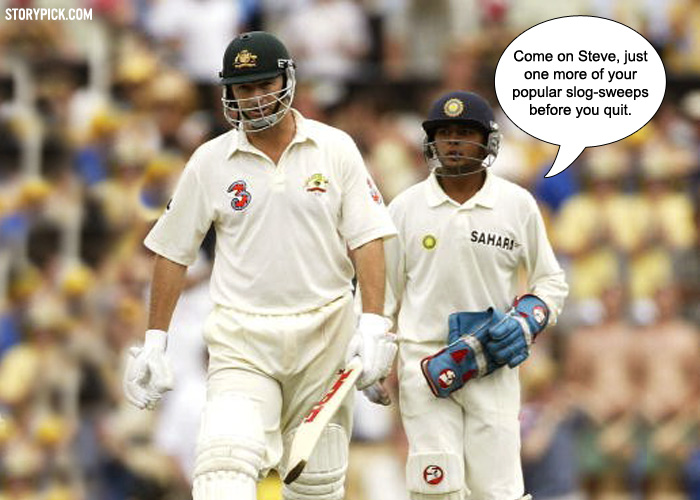 Steve Waugh was not ready to take any of that from someone half his age. He turned back and replied. 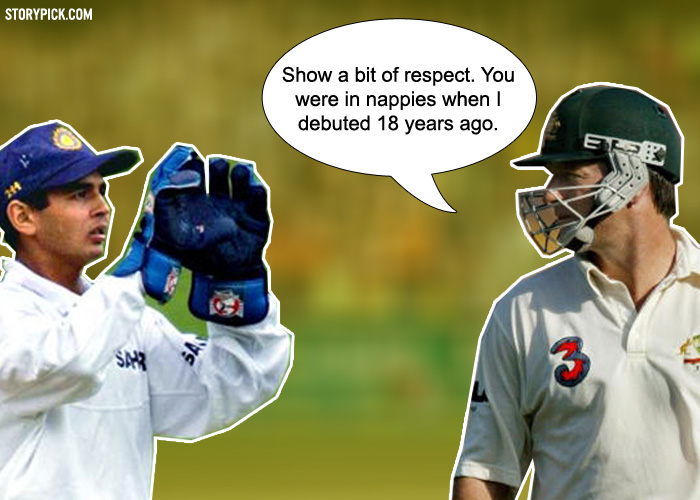 Later in the dressing room, the poor chap was dressed up a little by his teammates for that unwanted comment against one of Australia’s most courageous players on the cricket pitch.