Planning To Watch ‘Kesari’ This Weekend? Then Read These 15 Twitter Reviews First

As a fan of self-made actors, it has been interesting to see Akshay Kumar transform himself from an action star into a social activist of sorts. He has tackled topics like menstruation, India’s legal system, the lack of toilets in rural areas and the disadvantages of technology. But with ‘Kesari’, Kumar has dived into patriotic territories and struck a balance between his past and present on-screen personas.

‘Kesari’, directed by Anurag Singh, is based on the Battle of Saragarhi where the Sikh Regiment of the British Army took on around 10,000 Pashtun Orakzai tribesmen. And while a section of moviegoers has enjoyed its action and Akshay Kumar’s acting, others have criticised it for its editing, length and gore. 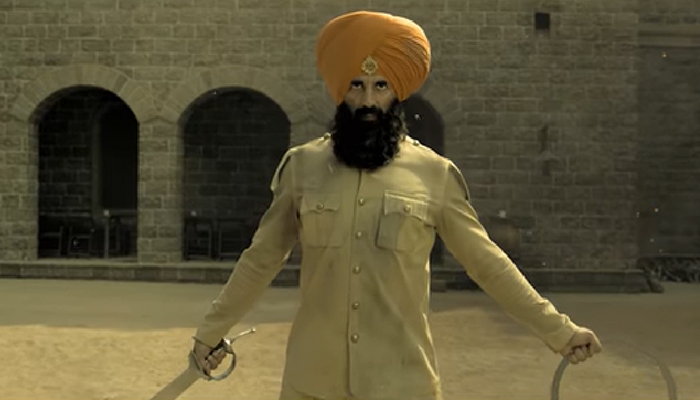 #Kesari is fantastic & inspiring…shows the power of determination & strength!!! @akshaykumar U r simply amazing sir right from aggression to everything in the character u displayed is 👌 @ParineetiChopra Cutest act 😍 direction is 👌@SinghAnurag79 overall blockbluster!!! 🙏👌

#Kesari serves up a lesson for Bollywood.stop making biopics on terrorists, gangsters, serial killers,TADA accused actors and other scumbags.there are enough unsung heroes in our history to fill up move theatres for the next 10 years

Undoubtedly One of the best perfomance by @akshaykumar in #Kesari ,hatts off to every crew member of the team #kesari. . Intense and emotional . Must watch 5/5.

Aaj meri pagdi bhi #Kesari, jo bahega mera lahu bhi Kesari… What a movie!! A fantastic representation of free spirit and bravery. I had goosebumps watching the historic event. Hats off to the entire team. Needless to say, @akshaykumar at his best. #KesariReview #kesariboxoffice

#Kesari many recent films. mostly big movies had the curse of bad second half…dat is the game changer for kesari..first half starts to build up for the one of the best second half and best climax in the lines of bb or any other war movies but here emotional content prevails

Watched #Kesari. Easily the best film so far this year. Stellar acting, great direction. Will be surprised if @akshaykumar doesn't win the Best Actor for this. @DharmaMovies @karanjohar

#Kesari boasts of some astounding camera work in recent times. The melodrama went overboard at few places but makes up for a good watch overall.

#Kesari has been seen. Has its moments but they are arrive in bits and pieces. 40 mins portion could have been easily edited. That could have turned it in to tight watch. But as a masala film lover i am not complaining. #AkshayKumar nails his part.

An editor can save a movie. #Kesari is a film which struggles due to the editing or the lack of it. @akshaykumar is spotless as always but there is too much of @DharmaMovies in a war film by @SinghAnurag79. Cast & crew must be thrown out of the editing room.#KesariReview

#Kesari is this the movie to show the power of #SikhPagri!
Too much Violence & Guns spoiled the content of bravery side & heroic elevations..
Weak script with strong violence.. @akshaykumar did well @ParineetiChopra don't have much scope to perform @DharmaMovies wrong move 🤔👎

Went to watch #Kesari and found out it was all about Akshay Kumar’s face and slow motion action . Haven’t seen so much death for a long time. Great way to make the viewers believe that killing for land is the show of true courage! #buh

The only good thing about watching #Kesari was Social message given in the start of the Movie by @akshaykumar about Sanitary and Don't Smoke. #KesariMovieReview

#Kesari #KesariReview
senseless ,forced patriotric movement ,undirectional & lazy writing results #Kesari .could have been better if more research were done .even @akshaykumar scenes are dull as @ParineetiChopra .@karanjohar you can buy the critics but not screenplay
Rating:2/5

So, have these tweets convinced you to buy a ticket for ‘Kesari’? Or are you going to skip out on it because of the red flags regarding the script and other technical elements? Let us know in the comments.