Besides his over-the-top outfits and videos of his kids, Karan Johar rarely posts anything personal about another friend or celebrity, lest it is their birthday. However, this time, KJo took to Instagram to surprise his audience with a rather special note for none other than Ranveer Singh.

This is the same Karan Johar who had told YRF head, Aditya Chopra, that he is making a big mistake by casting Ranveer Singh in ‘Band Baja Baarat’. And how the tables have turned!

“So…. There is no occasion… no marketing agenda … no launch coming up! Nothing! This is just a feeling I have which I feel like sharing with everyone! I have grown to love Ranveer Singh! The man! The person! The Ball of love that he is!”

“His ability to make everyone he meets feel so special… the love that he exudes and that consumes his being and his entire aura… his passion to express every little gesture of love …. Over the period of my film I have observed him closely and at a distance as to what a solid guy he is! Yes he has his idiosyncrasies as an artist but that’s what we see translate so beautifully on celluloid! So he’s allowed! On a personal level I have been so touched on so many instances just by his generosity of spirit! I love you Ranveer! Never lose sight of that ‘good bacha’ you were raised to be,” he concluded.

Not just fellow celebrities but even fans took to the comment section to express what a fireball yet a sweetheart Ranveer is. Have a look: 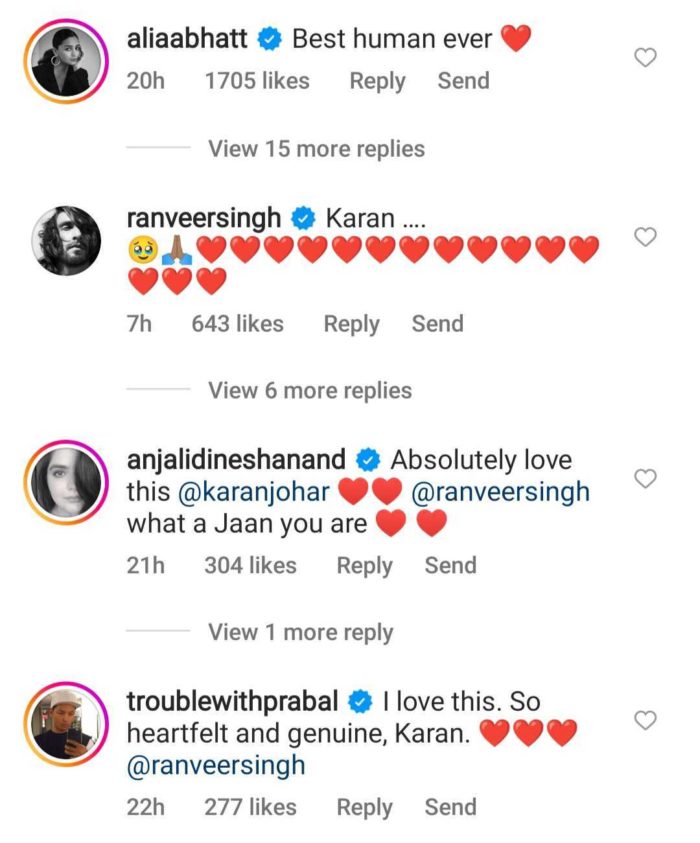 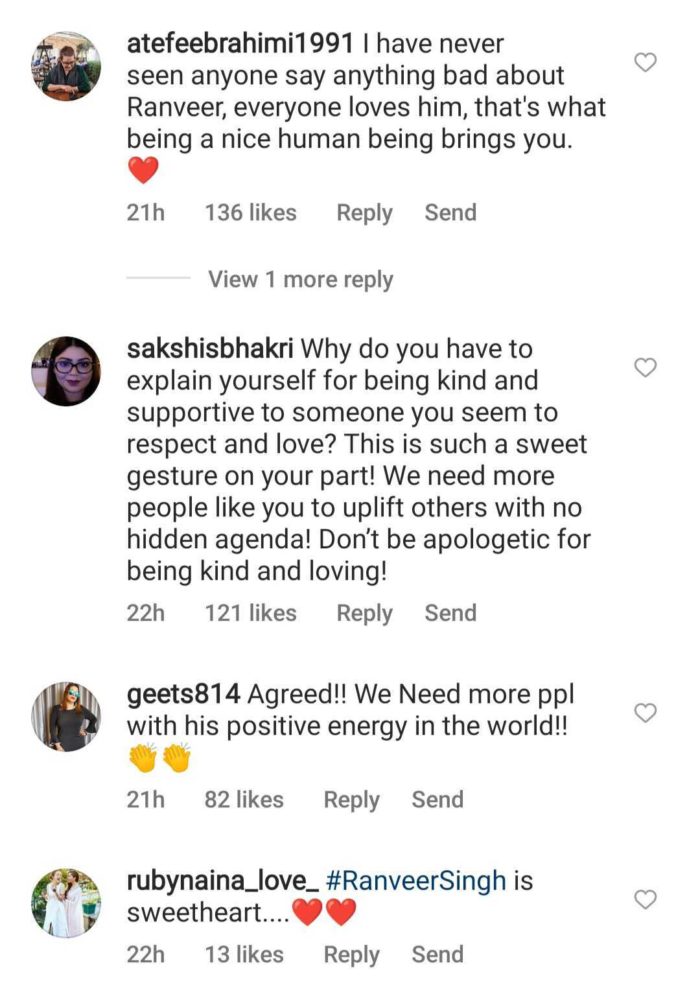