Kangana Accuses Multiplexes Of ‘Gangism’ & ‘Bullying’, Says ‘They Make Sure No Woman Rises’

We all know how movie theatres and multiplexes have been shut for a very long time due to the pandemic. Even today they remain closed in most parts of the country and those which are open are running on 50% or less capacity.

Kangana Ranaut recently addressed the issue of theatres, movies, actors, and the entire cinema business suffering because of this. The Indian Express quoted her saying:

“I want to talk about how so many businesses have had to face tough times during the pandemic. One of those businesses is the cinema business. While the theatres business has come down, many streaming and digital platforms have earned a lot of profit.”

She went on to reveal that despite getting offers for a digital release for her upcoming film ‘Thalaivi’, she and her producers wanted to support the theatre and theatre-loving people.

“We decided to support theatres as we are all theatre-made people. But we didn’t know that we will not get the support that we needed from theatres.”

However, Kangana Ranaut followed with some shocking allegations and claimed that popular multiplexes aren’t letting them run their movie and slammed their “gangism”.

Here’s a video of her opening up about the issue:

She also took to her Instagram Stories to allege that the entire system “makes sure that no woman rises” and accused them of “bullying”, “harassment”, and “ganging up”.

“Multiplexes have different rules when it comes to big-hero films…and then complains why don’t we have women superstars bringing audiences to the theatre on her own as men do,” she wrote.

Have a look at her stories here: 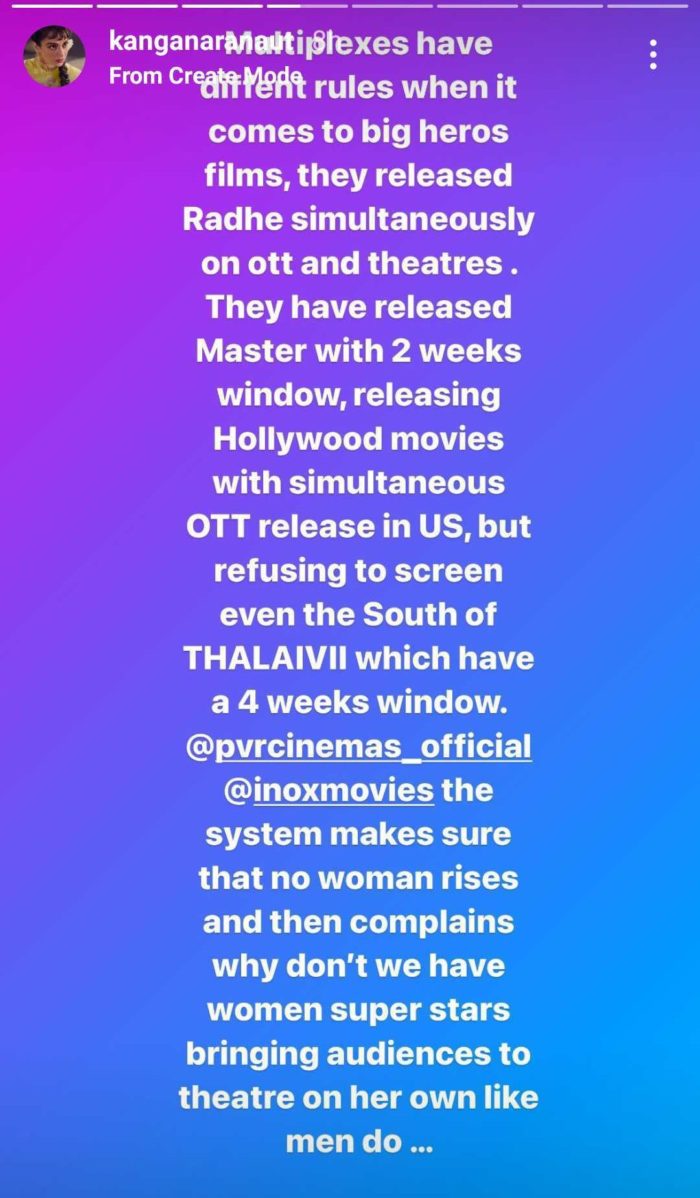 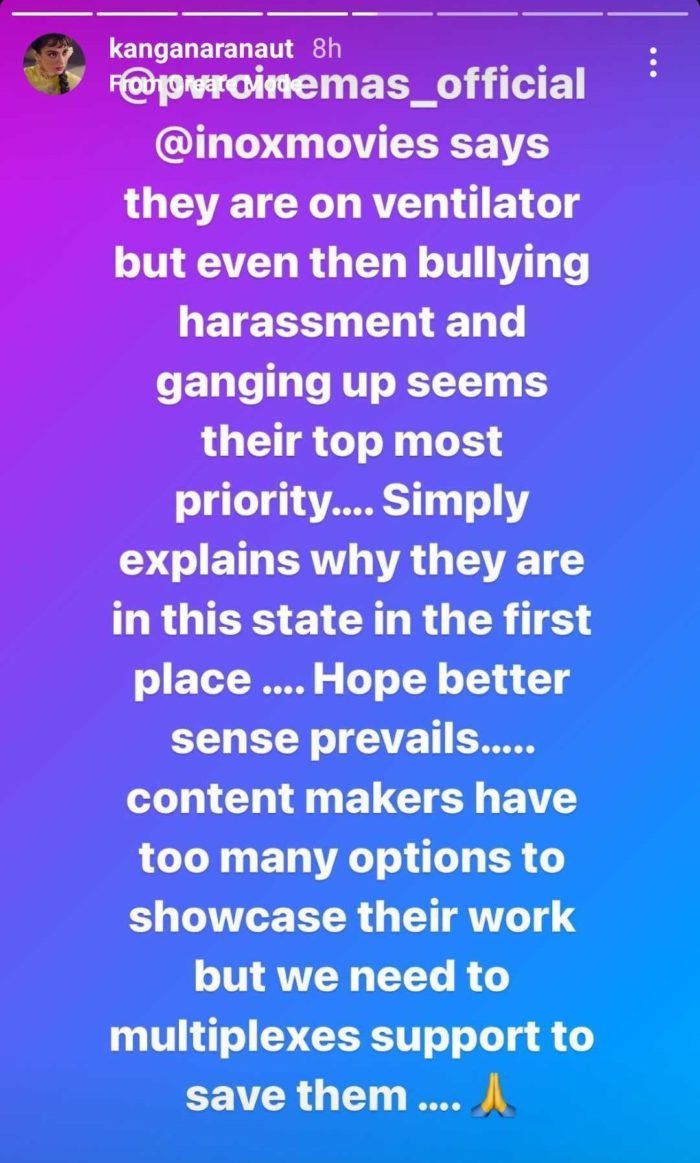 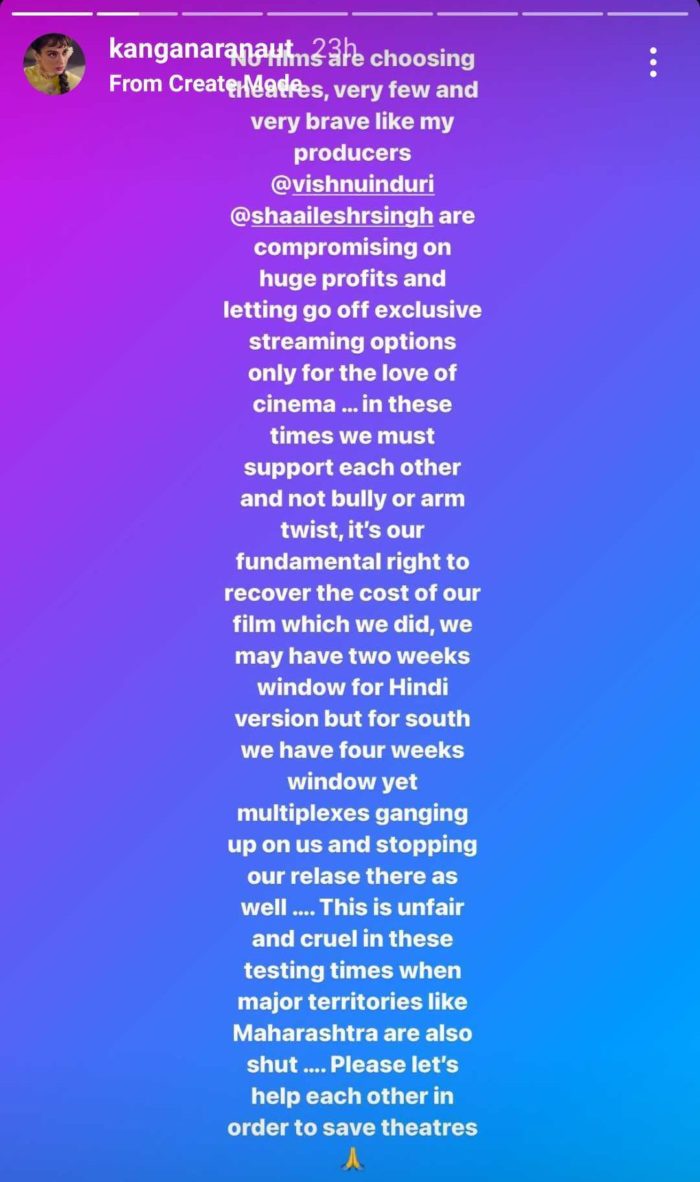 Do you think there is a certain monopoly at play when it comes to big theatres and film companies? Tell us!