Pune Man With The World’s Longest Nails Finally Cuts Them Off After 66 Years!

There is nothing more interesting than going through some of the craziest and weirdest facts, that you never had an idea about. And you need not do much for that, courtesy YouTube and the internet. Of course, if you are more inclined towards books, just get hold of one, for there are plenty of them available, both online and at bookstores.

For now, we have a similar story to tell, which is sure to blow your mind.

Shridhar Chillal, an octogenarian from India, had the world’s longest fingernails measuring over 9 metres! He is also a Guinness World Record holder for having grown the nails on his left hand for more than 66 years.

According to estimations, the combined length of Chillal’s nails was a whopping 909.6 centimeters. Chillal’s longest single nail is his thumbnail, measuring 197.8 centimeters. He entered the Guinness Book of World Records in 2016 for having the ‘Longest Fingernails on a Single Hand Ever’.

However, putting his record to sleep, Chillal finally cut his nails in a nail clipping ceremony yesterday. He was flown from Pune to New York for this ceremony by Ripley’s Believe It or Not museum – where his nails will be immortalized. 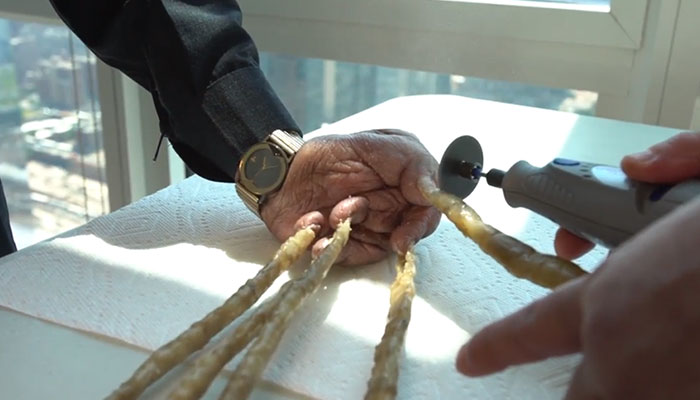